HC tells Venkatesh to leave plot in a month 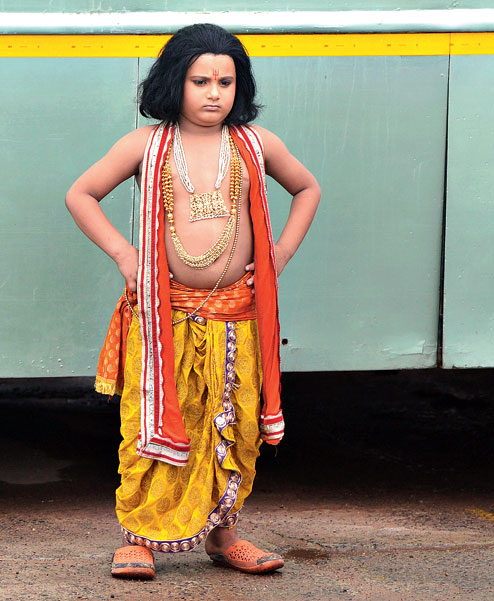 Shree Venkatesh Films is one of the encroachers on the 3.3-acre CPT land at P-51 Hide Road that had been recaptured by a mob after the port took possession of it on September 13, prompting the port to move court and Union shipping minister Nitin Gadkari to write to chief minister Mamata Banerjee seeking her intervention.

Venkatesh has encroached on an area of 69,000sqft and set up a film and television studio and an office.

Following an order of the estate officer of the port, the CPT took possession of the plot on September 13. Hours later, a group of 200 people drove out CPT officials and assaulted port guards. Police were accused of taking no action despite repeated complaints.

In court today, Justice Dipankar Dutta said in his order: "From November 17 onwards, the area would be under the possession of the Calcutta Port Trust."

A port official said: "We are happy that a date has been fixed, but also a little sad that the encroacher could not be thrown out immediately."

Justice Dutta passed the order after the land manager of the CPT, who was directed by the court on Tuesday to measure the P-51 Hide Road plot, submitted a report today. The report mentioned that the plot was slightly over 80,000sqft and Shree Venkatesh Films was occupying 69,000sqft.

The CPT had leased out the plot for 30 years to Avery India, an agreement whose term ended in 1999. Although Avery was no longer in legal possession of the land, it allegedly passed on the rights to LMJ Construction Company, which in turn leased out most of the land to Venkatesh in 2013.

Port chairman R.P.S. Kahlon indicated that the CPT would seek compensation from Venkatesh for unauthorised possession of the land. According to port sources, the compensation amount works out to Rs 60 lakh.

"Regarding the payment for the period, Venkatesh, which has been in unauthorised occupation, will be adjudicated subsequently," Kahlon said.

Venkatesh advocate Billawadal Bhattacharya today iterated in the high court that his client was ready to vacate the plot but it needed at least three months for it.

"We can immediately vacate a 19,000sqft area, on which our office is located, but need at least three months' time to leave the entire area," he told the court.

But Justice Dutta said: "Since two months have already passed in the meanwhile (since the CPT asked Venkatesh to leave the plot), the company will have to vacate the area by November 16."

Apart from the CPT plea, LMJ Construction Company had also filed a petition challenging the legality of the port's decision not to regularise its possession of the land.

Appearing for LMJ, advocate Bikash Ranjan Bhattacharyya said that since March 2003, the entire plot was in his client's possession.

Venkatesh lawyer Billawadal Bhattacharya said LMJ, through two agreements in April 2013 and December 2014, handed over the possession of the land to his client.

CPT lawyer Kishore Dutta told the court that his client had leased out the land to Avery and the agreement's term ended in 1999.

"So my client wanted to get back the property and had gone to take possession of the plot. But employees of Shree Venkatesh Films prevented them from doing so," Dutta said.

The LMJ lawyer today prayed for an order asking the CPT to lease out the land to his client. Justice Dutta declined to accept the request and said: "You have the liberty to move a fresh case in this regard."