We have decided to write to state government against these appointments: Ajoy Edwards 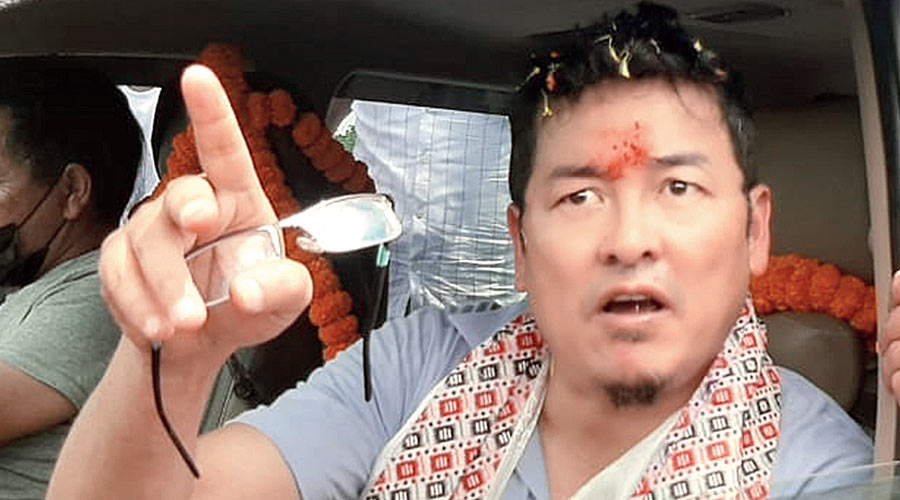 The row over the appointment of 17 members-on-duty by the Gorkhaland Territorial Administration is set to escalate with the opposition at the hill body preparing groundwork to take legal recourse against the decision.

The 14 executive GTA members head different departments. Each member-on-duty has been tasked with looking after activities of some department in specific areas.

Hamro Party president Ajoy Edwards on Monday said: “We have decided to write to the state government against these appointments. If we fail to get a satisfactory reply, we will file a case at the Darjeeling court against the chief executive and seek a stay on the appointments.”

The Hamro Party is the largest opposition group at the GTA Sabha with eight of 45 elected members.

Edwards said his party had decided to challenge the MoD appointments in the court not to disrupt the administrative process.

“We are not trying to disrupt the administrative process of the GTA but are making an attempt to stop anything that is irregular and against rules and laws. As the opposition, it is our duty to ensure checks and balances in the functioning of the hill body,” said Edwards.

The Hamro Party president also claimed that a similar attempt by Bimal Gurung’s Gorkha Janmukti Morcha in the previous GTA Sabha had not been approved by the state government.

“The earlier GTA Sabha had also appointed MoDs but that was never approved by the state government,” he said.

Thapa, however, said the MoD appointments conformed to the GTA Act.

Thapa said Section 50 of the GTA Act allowed the chief executive to appoint committees from among GTA Sabha members to efficiently discharge functions of the hill body. He was implying that each MoDs was a one-member committee.

Edwards, however, contested Thapa’s argument. Edwards said while the GTA Act allowed for the committees’ constitution, it sanctioned only 15 executive GTA members in charge departments.

“Committees can be formed but apart from the 15 executive GTA members, no other GTA member can be given responsibility to look after a department,” said Edwards.

Thapa on Monday released the “final list” of executive members and members-on-duty and the departments allocated.

A total of 57 subjects are under the GTA but some of them have not been fully transferred to the hill body by the state government.