The project, approved in 2003, is a class of anti-submarine warships currently in service 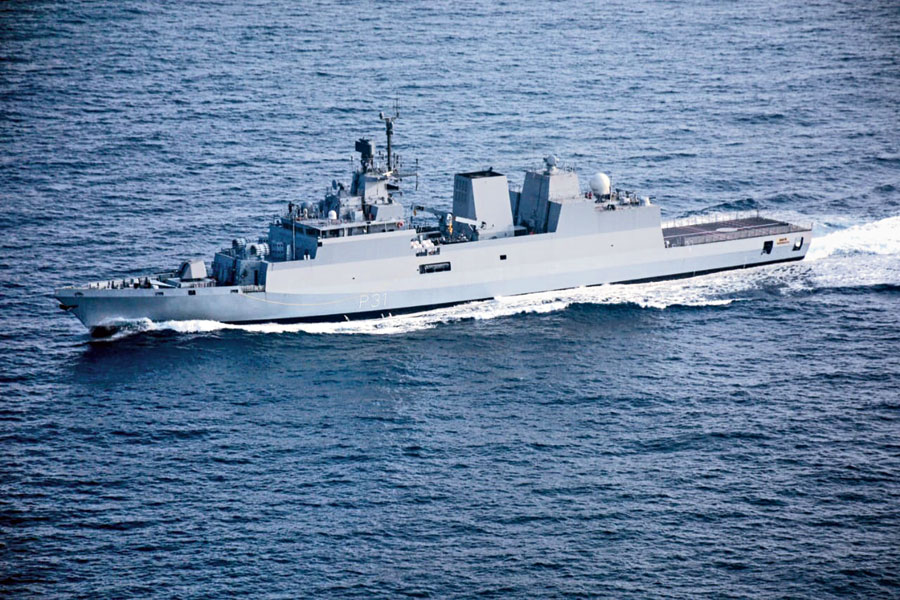 The Garden Reach Shipbuilders and Engineers Ltd (GRSE) handed over a stealth corvette — INS Kavaratti — to the Indian Navy on Tuesday.

The warship is the 104th warship built and delivered by the GRSE and is the last in the series of Anti-Submarine Warfare Corvettes (ASWC).

The first three in the series, INS Kamorta, INS Kadmatt and INS Kiltan were delivered earlier as part of “Project 28”.

The project, approved in 2003, is a class of anti-submarine warships currently in service, according to naval officers.

The corvettes are named after islands in the Lakshadweep archipelago.

The warship that was handed over on Tuesday is capable of attaining a maximum speed of 25 knots (46.3kmph). “The ship has a length of 109m and width of 12.8m,” a GRSE official said.

At present, GRSE has five ships underway: four for the navy and one for the coast guard.