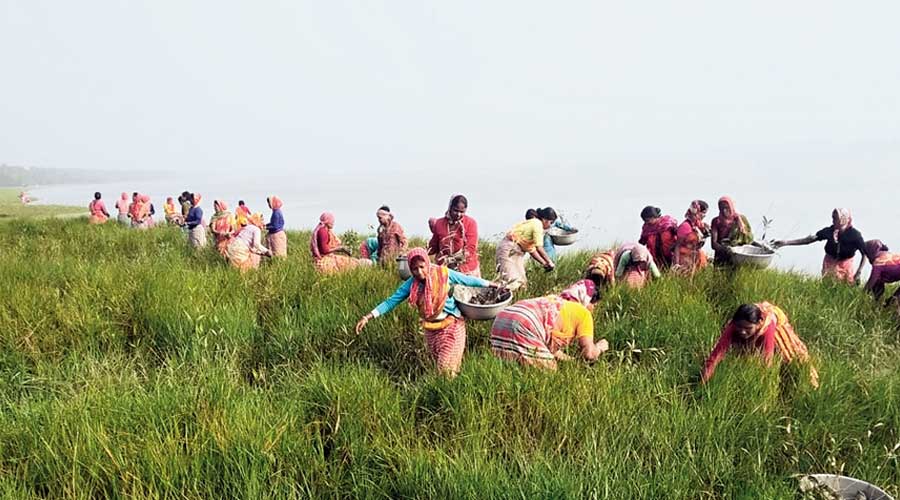 Saplings of mangrove species were planted along the bank of the Raimangal river at Khulna village in Sunderbans on Wednesday.

The weeklong plantation drive has been organised by Linde India, a leading supplier of industrial gases with the support of Maa Saroda Women & Rural Welfare Society of Sandeshkhali, a social organisation in North 24Parganas.

Subhasish Mondal, secretary of the social organisation, said: “We have conceived a plan to plant one lakh saplings of mangrove trees, including Byne, Sundari, Pashur and Kholsi, in the region in the next two months so that the area again turns green and become capable enough to sustain any natural calamities like cyclones and high tide”.