Graft finger at Bhutia board 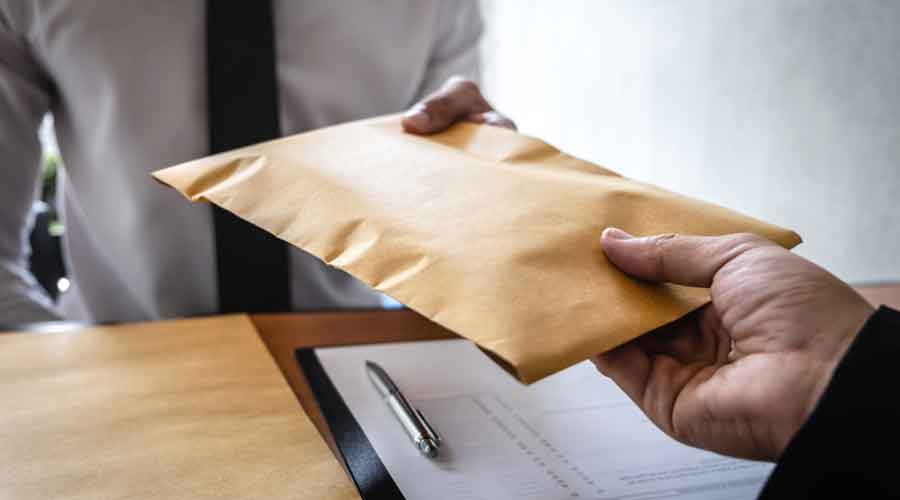 Dawangla Bhutia, the working president of the West Bengal Bhutia Joint Action Committee, alleged that each beneficiary of a housing scheme was supplying materials worth just Rs 96,450 while the actual allocation was Rs 2 lakh
Shutterstock
Vivek Chhetri   |   Darjeeling   |   Published 15.11.20, 12:38 AM

A section of Bhut­ias in the Darjeeling hills has alleged corruption in the wo­rks executed by the development board formed by the Mamata Banerjee government for the community in 2015.

Palden Bhutia, the chairman of the Bhutia Development Board, denied the charge and issued an open invitation to check documents and verify the works through field visits.

The government had for­med 16 development boards for various hill communities since 2013 as part of its outreach to different sections of the society. Allegations of corruption have been levied aga­inst some other boards, too, in the past. Recently, the chief minister announced that a monitoring committee would be constituted under the GTA to look after the development boards.

Dawangla Bhutia, the working president of the West Bengal Bhutia Joint Action Committee, alleged that each beneficiary of a housing sch­eme — implemented by the board for the community — was supplying materials wo­rth just Rs 96,450 while the actual allocation was Rs 2 lakh.

“After obtaining the signatures of beneficiaries on blank papers, house building materials worth Rs 96,450 are supplied and the documents are forged to show that the entire Rs 2 lakh has been provided to them,” said Dawangla.

The committee also issued a detailed list of materials purportedly provided by the board and its cost. The committee alleged that there was corruption in a Rs 21 lakh drainage work executed by the Bhutia board in the Jorebunglow-Sukhiapokhri area.

“In Mirik, Rs 24 lakh was sanctioned for a community hall but the board only constructed a small community hall measuring 20 X 20 feet,” said Dawangla.

Allegations of corruption in a development work worth Rs 17 lakh in Sonada were also levied against the board.

“There has also been corruption in a work undertaken at the Singsha Bhutia centre situated on Ghoom Monastery Road. The three-storied building had been constructed through funds sanctioned by then Rajya Sabha member Dawa Lama and contributions made by community members in 2004-05. Some minor works were undertaken at this building and funds have been misappropriated,” said Dawangla.

Palden Bhutia swatted away the charges and said the board had constructed 2700-odd houses in Darjeeling and Kalimpong districts till date.

“The list they have issued is wrong. They have mentio­ned that we only supply 15 it­ems but we provide 23 materials. We supply materials worth Rs 1.65 lakh and provide Rs 25,000 as labour costs. The remaining Rs 10,000 is spent on transporting materials,” said Palden.

The chairman said he “was ready for any inspection, including on-the-spot verification of the works” undertaken by the board. “The projects are also supervised by government departments. We have photographs of projects before and after the construction. Let there be an independent verification. Once this is done, we will take appropriate action,” said Palden.

The chairman alleged that Dawangla was raising the graft charges as he was eyeing the development board.

“Every allegation levelled by them is baseless and wrong. Dawangla’s credentials are also questionable,” said Palden.