The development, multiple sources said, is vital to initiate the next phase of work to operationalise the coal mine amid protests by a large number of local people 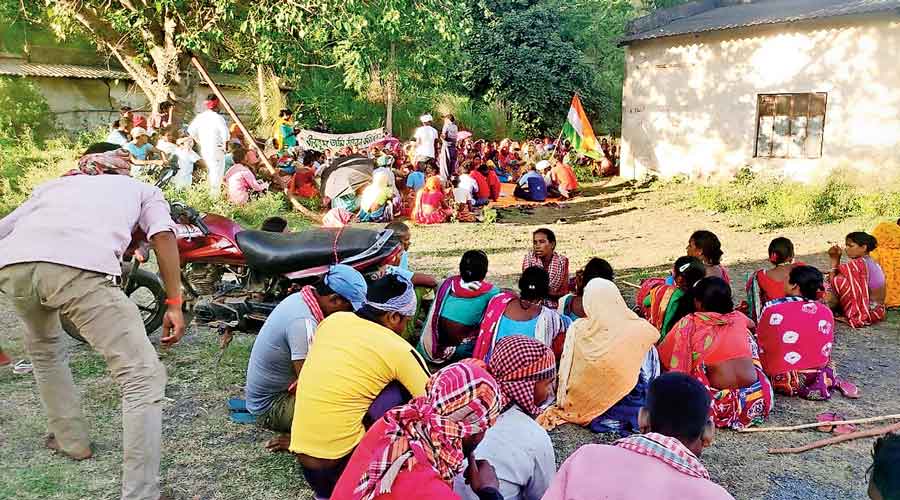 The Bengal government on Thursday started exploratory drilling at a stretch of land at a village under the proposed Deocha-Pachami coal mine project in a bid to estimate the layers and quality of coal-reserve with the consent of local people in writing.

The development, multiple sources in the administration said, is vital to initiate the next phase of work to operationalise the coal mine amid protests by a large number of local people under the banner of an apolitical platform against the project.

Today, we started exploratory drilling at a village that falls under the first-leg of the Deocha-Pachami coal mine project. There will be 13 such points where drillings will take place in the area and we would complete the work within a month,” said Birbhum district magistrate Bidhan Ray.

“The most significant thing is that villagers requested us in writing to start the drilling process for the coal mine,” the DM added.

Sources said the residents of Kendragaria village had supported the administration and police to initiate the drilling and promised that no one from among the protesters would be allowed to stop the work.“It was not an easy task at all. But we could make it done… now our target is to start mining in the area as soon as possible,” said a senior official.

A large number of local people, mostly tribal, had formed a platform and started a protest at Baromesia village demanding the scrapping of the coal mine project.After the drilling started, the protesters started a hunger strike for an indefinite period.Sources said, before starting the drilling on Thursday, a team of senior police officers had camped in Deocha-Pachami to guess whether there would be any law-and-order problems.

“A senior officer in the rank of DIG who had once served the district as SP was assigned to oversee law and order. Once we understood that the so-called platform of protesters lost its strength on the ground, we went ahead,” said a source.

A senior official said the authorities had been sending drilling machines to set up tube-wells at several villages to see how many people from which pockets were turning up to stop those units.“A group of people from the protestors came to the spot on Wednesday night to stop the preparatory works. The villagers opposed against those who came to stop the work. This is our key to success,” said an official.However, the protestors said the police and the administration, along with a section of local people, had created an environment of violence when they had gone to stop the work.“We have decided not to take the way of violence and because of that, we did not attempt to get involved in any clash. We will continue the fast with our demand to scrap the project,” said Mohan Mondal, one of those leading the protest.