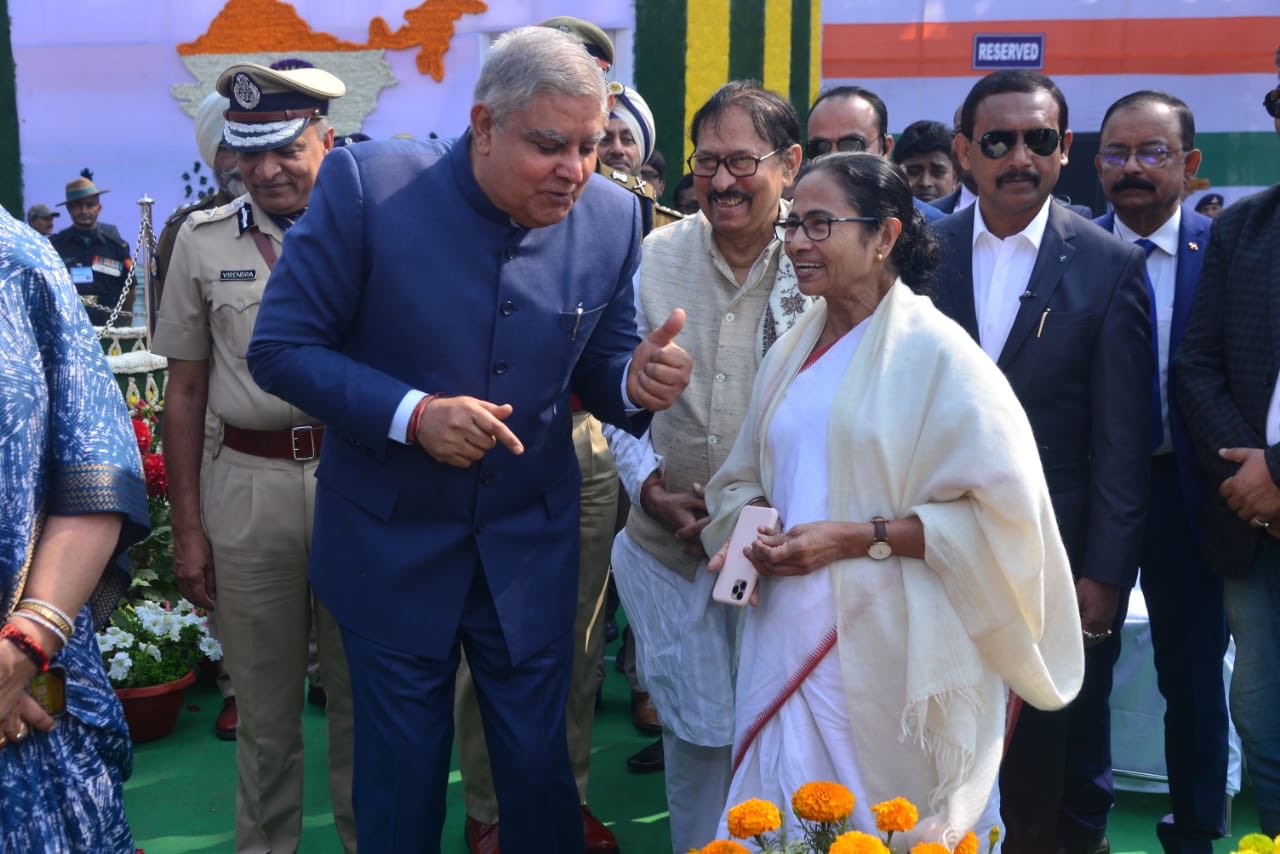 The 71st Republic Day was celebrated with enthusiasm and fervour in West Bengal on Sunday, with governor Jagdeep Dhankhar unfurling the Tricolour and presiding over a ceremonial march past by armed forces at Red Road in the state capital.

Parades were also organised by the BSF, CISF, the West Bengal Police and the Kolkata Armed Police, on the occasion. Colourful processions were taken out by the students of a city-based school, followed by which a grand tableau, highlighting the importance of water conservation, rolled down the Red Road.

Folk artistes from the Hills, Sunderbans and the Jangalmahal enthralled the audience with their dance performance during the celebrations.

Chief minister Mamata Banerjee, who attended the programme along with her cabinet colleagues, greeted the governor after the conclusion of the programme.