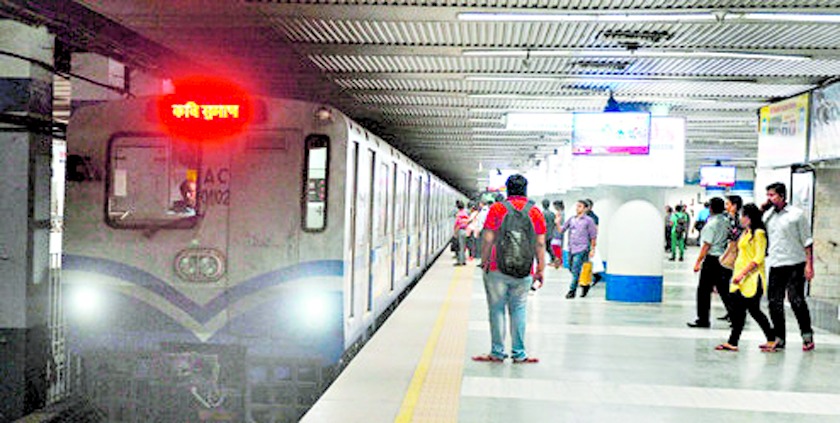 Passengers will be able to use the free Wi-Fi service at the stations - in front of ticketing counters and on platforms. But the service would not be available on a moving train.

"Once a person enters the platform, his/her token remains valid for two hours. So, during that time, while travelling from one station to another, he/she will be able to use the Wi-Fi service," an official said.

"Reliance Jio Infocomm Ltd has been permitted to extend its Wi-Fi services to Metro stations," said A.K. Kapoor, general manager, Metro Rail. "The service is available at Park Street and Maidan from Tuesday."

He said the service would be available at all 15 underground stations and at Tollygunge and Dum Dum.

A Reliance Jio spokesperson said the 4G Wi-Fi services will be available at all stations between Tollygunge and Dum Dum in a couple of months.

At present, the company provides free Wi-Fi services to Park Street and other places in Calcutta.

The spokesperson said there would be no limit on the volume of downloads or surfing. "Anybody with a smartphone would be able to access the service. One need not have a 4G-enabled device," he said.

In February this year, Reliance Jio had rolled out the 4G Wi-Fi service on Park Street. Chief minister Mamata Banerjee had formally launched it. Later, the facility was extended to several other places across the city.

Deokumar Gargari, 59, an employee of the electronics department of the railway workshop in Liluah, and his associate Uday Chatterjee, 57, a resident of Chandernagore, arrested on Monday on the charge of duping youths by promising them jobs in the railway, were sent to police custody for five days by a Howrah court on Tuesday. The two were arrested while they were conducting a fake medical test on five youths in the railway workshop hospital on Monday, police said.