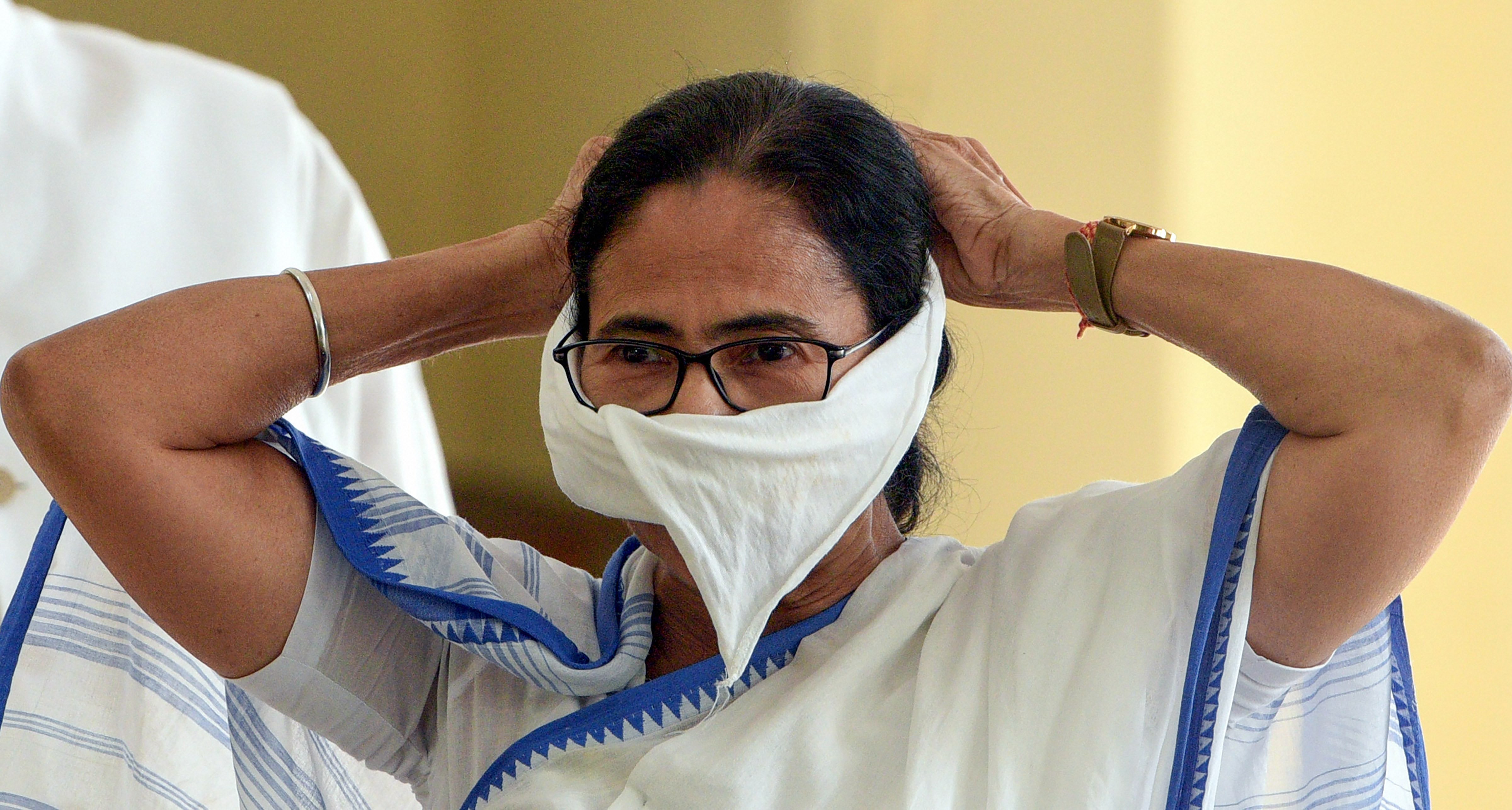 Mamata Banerjee on Tuesday asked authorities of every district to ensure that beneficiaries of all social pension schemes got cheques without facing any hardship.

“It has to be ensured that beneficiaries of social pension schemes get cheques without any trouble. The state government would release pension for May and June for the beneficiaries soon. I don’t want to listen to any complaint from anybody,” said the chief minister during a video conference with the district magistrates and police superintendents on Tuesday.

Sources in the state administration said the warning by the chief minister had given a clear hint that she was not ready to hear any compliant from the beneficiaries in the backdrop of Covid-19 pandemic when a large section of people faced trouble to earn livelihood.

“In Bengal nearly 50 lakh people get various pensions like old age pension, widow pension, disability pension and pension for aged Scheduled Tribe and Scheduled Caste populace. The state government had earlier given pension of March and April together when the lockdown was announced and it had given some relief to these people,” said a senior government official.

The sources said Mamata had given authority to the district officials through her warning to take action against anybody indulging in irregularities in the name of ensuring social pension to the beneficiaries.

“The chief minister made it clear that the district officials could take action against anybody in case any complaint is lodged… In that case, the authorities can take action irrespective of political affiliation of the accused,” said an official.

The sources said Mamata was monitoring the social pension schemes through her office since the 2019 Lok Sabha poll results were declared and the BJP had snatched 18 seats in the state.

Soon after the polls, there were movements by local populace demanding return of cut money allegedly taken by Trinamul leaders.

It was alleged that Trinamul leaders were demanding money to ensure government facilities for poor people. The agitations had reached such a height that Trinamul’s poll consultant Prashant Kishor, after he was roped in by the Trinamul following poor show in Lok Sabha, had to launch a campaign “Didi Ke Bolo” to give a chance to common people to lodge their grievances.

“Hundreds of people had lodged complaints against Trinamul leaders. Many of the complaints said the beneficiaries had to pay an amount to the ruling party leaders to get social pension,” said a source.

The chief minister, sources said, had decided to look after pension schemes through her office. Besides, new pension schemes were announced for Scheduled Tribe and Scheduled Caste populace after the Trinamul put up a poor show in the Jungle Mahal.

“I look after the pension schemes personally. I expect that no complaint would come up over the social pension schemes,” said the chief minister during the video conference.