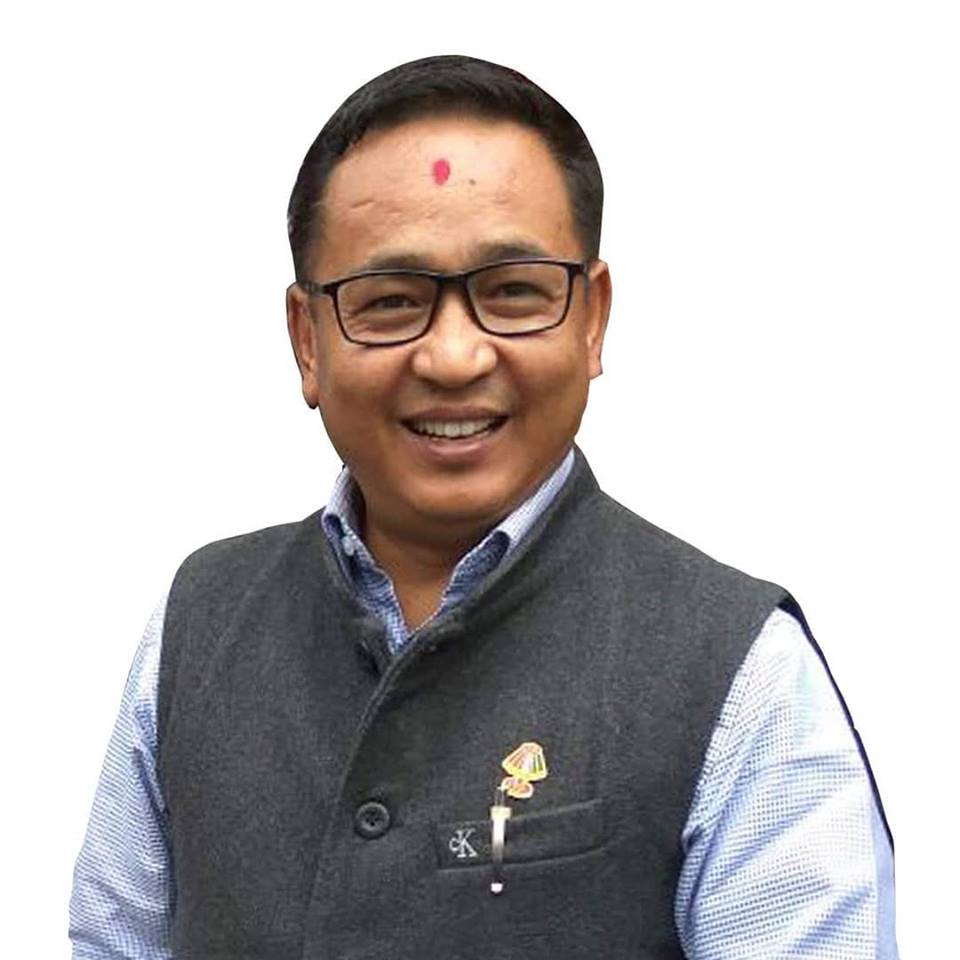 The case against Golay — whose party the Sikkim Krantikari Morcha (SKM) has sealed a pre-poll tie-up with the BJP for the bypolls — goes back to his tenure as minister for animal husbandry in 1996.
Facebook/ thevoiceofsikkim
Rajeev Ravidas   |   Calcutta   |   Published 29.09.19, 07:59 PM

The Election Commission has paved the way for Sikkim chief minister P.S. Tamang (Golay) to fight the October 21 byelection by reducing his disqualification period for contesting an election from six years to one year and one month.

The case against Golay — whose Sikkim Krantikari Morcha (SKM) has sealed a pre-poll tie-up with the BJP for the bypolls — goes back to his tenure as minister for animal husbandry in 1996. Golay was held guilty, under the Prevention of Corruption Act, of misappropriating Rs 9.5 lakh in the purchase of milch cows for distribution and was sentenced to a year.

In his representation to remove the disqualification, Golay had drawn the poll panel’s attention to the fact that an FIR was drawn up against him in 2003 and his conviction, by a trial court, came only in 2016. Both the high court and the Supreme Court upheld the conviction in 2017.

“The applicant has submitted that when the alleged offence was committed under the Prevention of Corruption Act, 1988, it did not amount to a disqualification under Section 8 and therefore the applicant should not be made to suffer only because of the delay in completion of his trial,” the ECI note said.

“Thus, the Commission, in exercise of the powers vested upon it under Section 11 of the RP Act, 1951 hereby reduces the disqualification attracted on the Applicant (read Golay) by virtue of Section 8 of the RP Act, 1951 to 1 year and 1 month,” said the order signed by chief election commissioner Sunil Arora and his deputies Ashok Lavasa and Sushil Chandra.

Golay had served a year’s term in the corruption case and was released on August 10 last year. He had not contested the Assembly election in the summer this year but took oath as chief minister on May 27 following his party’s narrow victory over the Sikkim Democratic Front (SDF). In order to continue in office beyond six months, he must get elected to the Assembly by then.

As a provision in the Representation of Peoples (RP) Act, 1951, bars a person convicted of corruption from contesting any election for six years from the date of his release, the poll panel order has drawn criticism from a section in Sikkim. “How could the ECI pass such an order, especially since a petition challenging the very appointment of Golay as chief minister is pending before the Supreme Court, which in 2001 had ruled that the appointment of a person to the office of chief minister who is not qualified to hold it should be struck down at the earliest. Look at the timing of the EC order as well. It has come a day after the SKM sealed an alliance with the BJP,” said an Opposition leader.

The ECI order, however, brought loud cheers in the Golay camp as it means he can contest the byelections to the Sikkim Assembly slated for October 21.

Sources in the SKM said Golay, also the president of the party, is certain to contest from the Poklok-Kamrang constituency in the byelection. The party has left aside two other seats in which byelections will be held for partner BJP, which on Sunday announced the names of Y. T. Lepcha for the Gangtok Assembly constituency and Sonam Tshering Venchungpa for Martem-Rumtek.

“The Opposition used to repeatedly proclaim that our president cannot contest an election for six years. Such false propaganda could have easily demoralised our party supporters but they remained steadfast in their belief. The relief given by the ECI vindicates their faith,” said Jacob Khaling, SKM spokesperson and political secretary to Golay.

Activist and advocate Nawin Kiran Pradhan criticised the EC and its order. “The EC has given this order on a Sunday, which is unprecedented. It could have easily come out with the order earlier since Mr Golay had approached the EC much in advance (in July). This order comes a day before the last date for nominations and a day after the SKM stitched up an alliance with the BJP. This order is very unfortunate and proves the ECI is no longer an independent constitutional body of our country,” Pradhan alleged.