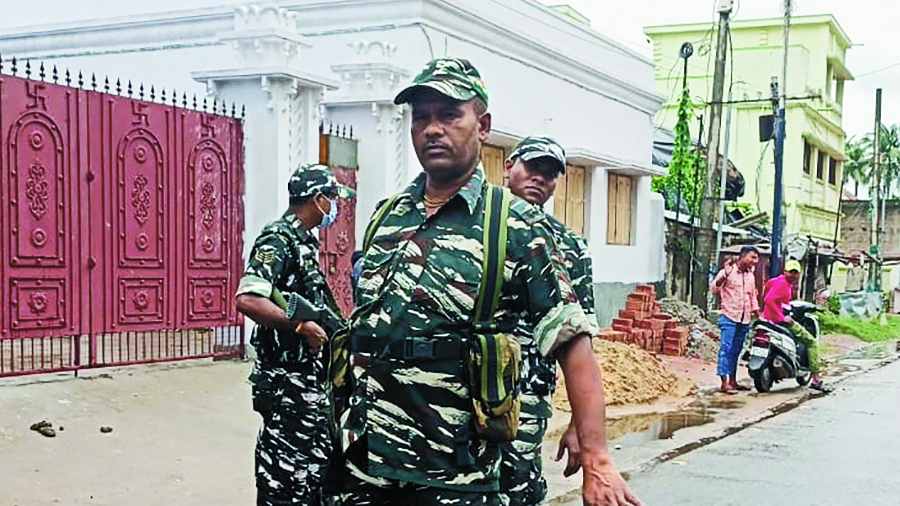 The Enforcement Directorate (ED) summoned eight IPS officers from Bengal to appear for interrogation on separate dates this month at its headquarters in Delhi in connection with its probe into the alleged money-trail in the multi-crore coal pilferage case in Bengal.

The IPS officers summoned by the central agency include Gyanwant Singh, Koteswara Rao, S Selvamurugan, Shyam Singh, Rajiv Mishra, Sukesh Kumar Jain and Tathagata Basu, senior ED officials said adding that each of them has been summoned for questioning on separate dates.

“A probe has revealed that the eight IPS officers are suspected to be part of the coal smuggling case. These officers allegedly benefited from the scam as they were posted in areas from where the smuggling took place,” the ED official said.

The agency said that the total proceeds of crime in the case stands at Rs 1,352 crore.

Last month, the agency attached assets worth more than Rs 15 crore of two close associates of Anup Majhi, the alleged kingpin of a coal mining and pilferage-linked money laundering case in Bengal.

The ED case of money laundering stems from a November 2020 FIR registered by the CBI that alleged a multi-crore-rupee coal pilferage scam related to Eastern Coalfields mines in Bengal’s Kunustoria and Kajora in and around Asansol.

The central agencies have been also probing into the way Eastern Coalfields (ECL) had functioned during the period when the alleged coal theft took place.

In September 2020 the agencies filed a case alleging that some ECL employees and officials of the CISF, railway department and unidentified others had allegedly misappropriated coal from the reserves of ECL leasehold areas.