Earlier in the day, the state government sent a letter to the SEC, giving its consent to reschedule the election dates, owing to the present pandemic situation 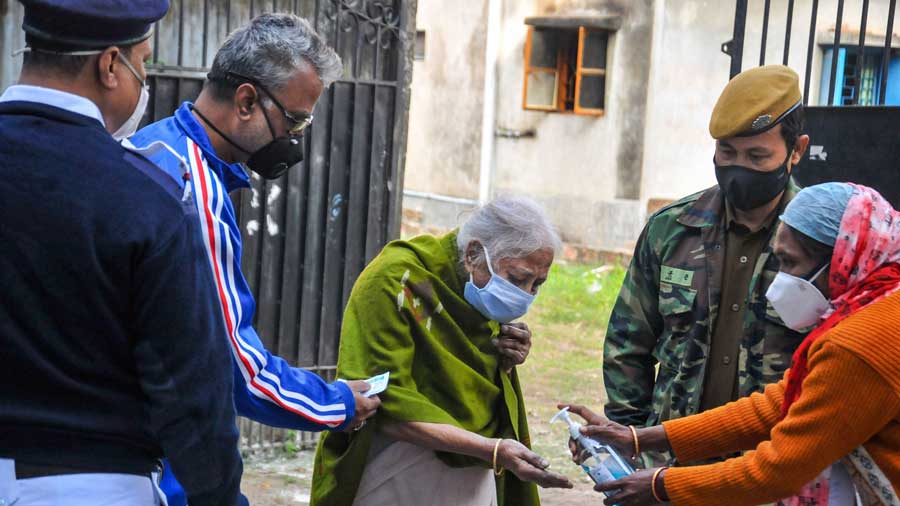 The West Bengal Election Commission on Saturday postponed polls to four municipal corporations by three weeks to February 12 in the wake of rising COVID-19 cases.

Polling will be held from 7 am to 5 pm it said.

Earlier in the day, the state government sent a letter to the SEC, giving its consent to reschedule the election dates, owing to the present pandemic situation.

The Calcutta High Court had also asked the commission to explore the possibility of postponing the civic polls by four to six weeks in view of the surge in cases.

Calcutta High Court on Friday directed the State Election Commission to decide within 48 hours whether polls to four civic bodies scheduled for January 22 could be postponed by four to six weeks in the backdrop of a surge in Covid-19 cases and told the panel that it had the power to defer the date.

A division bench, which consisted of Chief Justice Prakash Shrivastava and Justice Ajoy Kumar Mukherjee, said in its seven-page verdict: “Hence we dispose of the present petition with a direction to the SEC to consider the galloping speed with which Covid cases are increasing and also to take account the issue if holding of election in such situation will be in the public interest and if free and fair election is possible on the date notified and take a decision in respect of postponement of the election for short period of 4 to 6 weeks….”

The order also said: “The State Election Commission is directed to take a decision in this regard within a period of 48 hours.”

The division bench delivered the verdict in response to a PIL filed by social activist Bimal Bhattacharyya seeking an order asking the SEC to postpone the January 22 civic polls in view of the spike in the Covid cases in the state.

Bengal’s total active Covid-19 caseload on Friday reached 1,45,483, the highest-ever since the first infection had been recorded in the state in March, 2020.

Prior to Friday, the highest-ever active caseload was 1,32,181, which was recorded on May 21 last year (238 days ago) during the peak of the second wave.

In the 24-hour period till 9am on Friday, the state logged 22,645 infections, including 6,867 from Calcutta. There were also 8,687 recoveries and 28 deaths, which along with the fresh infections, resulted in a rise by 13,930 in the total of active cases.

The state’s death toll from Covid-19 went past 20,000 to touch 20,013 on Friday. The first death caused by the infection had been recorded on March 23, 2020, Calcutta and North 24-Parganas, taken together, accounted for over 52 per cent of the deaths.