East Bengal trial camp turns out to be wake-up call

Pathetic condition of the Kanchenjunga Stadium brings disrepute to city 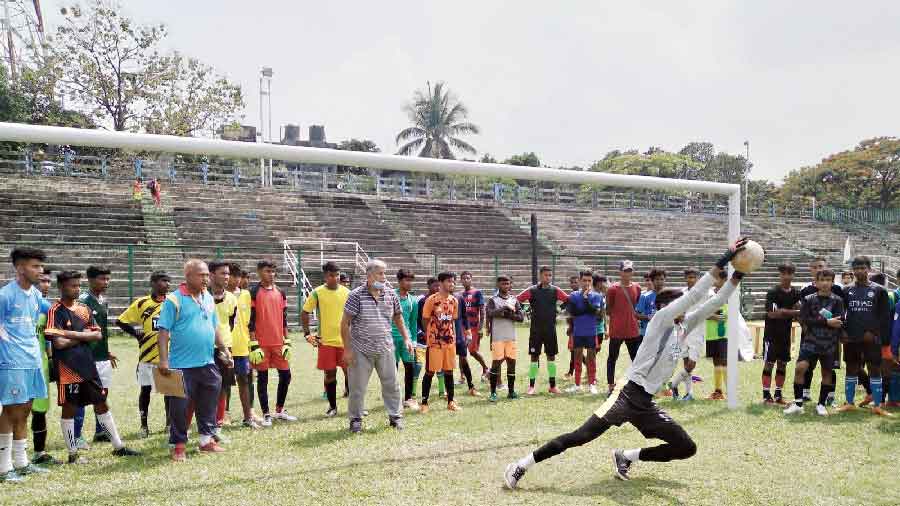 The trial conducted by East Bengal Club to select budding football players, at Kanchenjunga Stadium in Siliguri on Wednesday, revealed the dilapidated state of the second largest stadium in Bengal.

The famed football club of Calcutta conducted trials for around 200 budding footballers of north Bengal. Veteran footballer Bhaskar Ganguly who along with Mihir Bose, his former team colleague of East Bengal Club, reached the stadium as selectors of the club, expressed disappointment.

“It is unfortunate… Grasses and weeds have grown all around and makes it unfit for any football event,” Ganguly, former captain of the Indian national football team, said. An official of the state sports and youth affairs department said that in April this year, a proposal to the state government was sent for an overall facelift of the stadium.