The barrage, built by the Damodar Valley Corporation in 1960 and handed over to the Bengal government in 1965, has 34 sluice gates 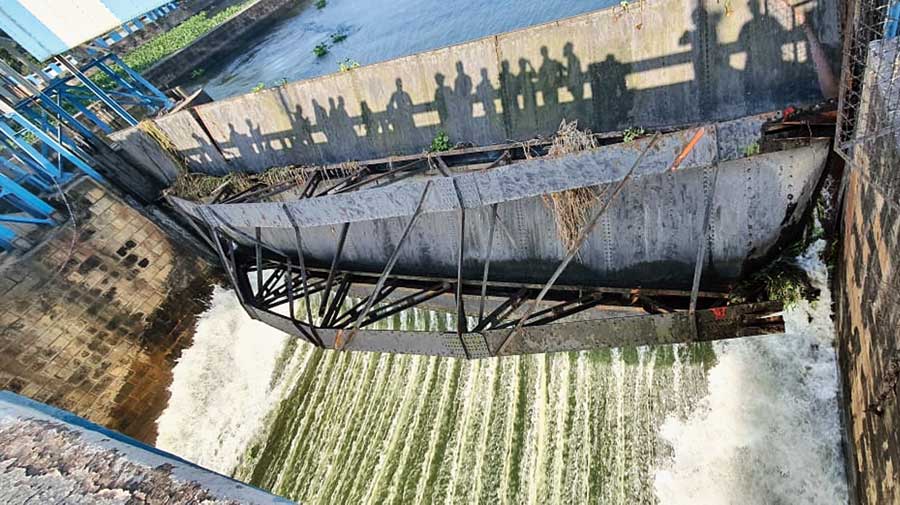 A sluice gate of the Durgapur Barrage on the Damodar river got bent on Saturday, causing water to gush out to lower catchment areas and leave the upper catchment area almost dry.

Officials of the irrigation department, which maintains the barrage, said the iron sluice gate No. 31 got bent on Saturday morning because of pressure exerted by water. The barrage has 34 sluice gates.

The incident has left officials of West Burdwan and Bankura administration worried as unavailability of water in the upper catchment area could trigger a scarcity of drinking water in both districts. “We have urged people not to waste water,” said Dilip Agasty, Durgapur mayor.

Officials of the public health engineering department, which supplies drinking water in Bankura’s Borjora block, said they could maintain normal water supply for the next 48 hours from its reservoirs, but beyond that, it would be difficult. However, Debasish Barua, superintendent engineer, Damodar irrigation circle, had words of hope. “We will be able to repair or replace the gate within 48 hours. We need the upper catchment area dry to carry out work,” he said.

In 2017, sluice gate No. 1 was bent. CPM MLA from Durgapur (East) Santosh Deb Roy said he had urged both the central and state governments to overhaul the barrage “but both the governments have kept on passing the buck”.

Trinamul MLA from Durgapur (West) Biswanath Padial blamed the CPM and the Centre for not doing their bit for the barrage.