The doctor has been admitted to Burdwan Medical College and Hospital 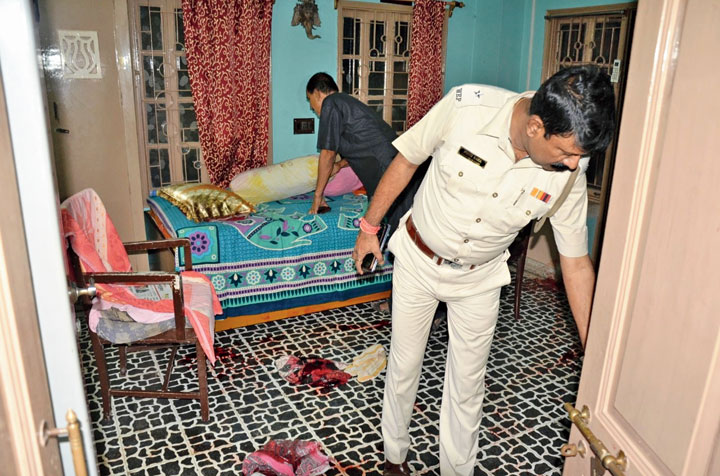 A 58-year-old woman died and her doctor husband was seriously injured after they were severely beaten up allegedly by their driver in Burdwan on Monday evening.

Police said doctor Subrata Nag, 62, and wife Mousumi Nag had been beaten up after they had refused to give a months’ salary in advance to their driver.The investigators have detained driver Tapan Das. The doctor has been admitted to Burdwan Medical College and Hospital.

Subrata Nag, an anaesthetist working in Khosbagan in Burdwan, used to live with his wife at Tula Lane, about 200m from Burdwan police station.The police said Tapan had come to the residence of the couple on Monday evening and demanded a month’s salary in advance for Bhai Phonta.

“Tapan said he would require the amount as he would be visiting his sister’s house on Tuesday for Bhai Phonta. The couple told him that he would get his salary only at the end of the month and asked him to report on duty on November 1. But when the driver continued to put pressure on them, Mousumi asked him to leave the job,” said a police officer.

Soon after this, Tapan picked up a bamboo stick kept in the house and started beating up the duo mercilessly, the police said.When a domestic help present in the house raised an alarm, some neighbours rushed to the doctor’s house for help.

“Tapan fled after some people came to help the couple. The doctor and wife were seriously injured and rushed to the hospital where Mousumi died,” said a police officer.