Han Junwei, who hails from Hebei province of North China, was taken to the same village, Milik-Sultanpur, on Monday to reconstruct his entry with luggage 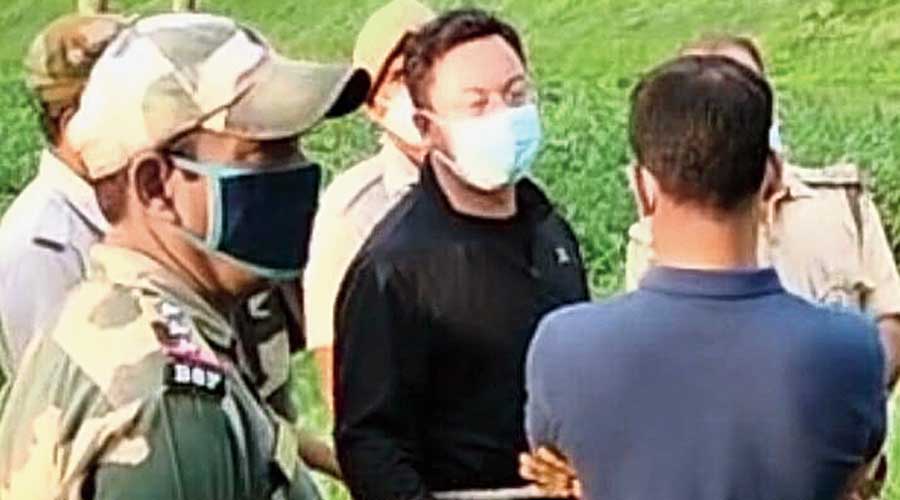 The police on Monday took the 36-year-old Chinese national who entered India without a visa and was caught by the BSF along the India-Bangladesh border on June 10, to the same spot to reconstruct his entry.

Han Junwei, who hails from Hebei province of North China and is wanted by the Anti-Terrorist Squad in Uttar Pradesh, was taken to Milik-Sultanpur village, on Monday for a demonstration of his entry to India with luggage.

Han had crossed a river that runs parallel to the border to enter India from Bangladesh, it was found.

“We took him to Milik-Sultanpur under Kaliachak police station near the international border to observe how he entered India. We noted down his version. Our officers are interrogating him for more details,” said Alok Rajoria, the district police chief.

Police sources said an ethical hacker may also be called to scrutinise his laptop, cell phone and other electronic gadgets found on him.

“There is also a proposal to carry out his CT scan to check if he has any electronic chip inserted in his body. During interrogation, several incongruities were found in his statements. Those are being checked,” said a police officer.

A few months back, one of his associates, a Chinese national named Sun Jiang, was nabbed by the ATS in Lucknow. A blue-corner notice was also issued in Han’s name.

A team from the ATS in Lucknow is likely to arrive in Malda to take Han into custody when he is produced in court again on June 18.

“It seems the ATS wants to take him to Uttar Pradesh on transit remand so that he can be questioned with his partner in custody there,” said a source.

Because of the blue-corner notice, Han, who had been to India a number of times earlier, including Delhi, Gurgaon and Hyderabad, could not get an Indian visa. Hence, he allegedly decided to enter the country from Nepal or Bangladesh. He landed in Dhaka on June 2, sources said. He moved to Chapai-Nawabganj in Bangladesh that shares borders with Malda on June 8, and entered India on June 10.