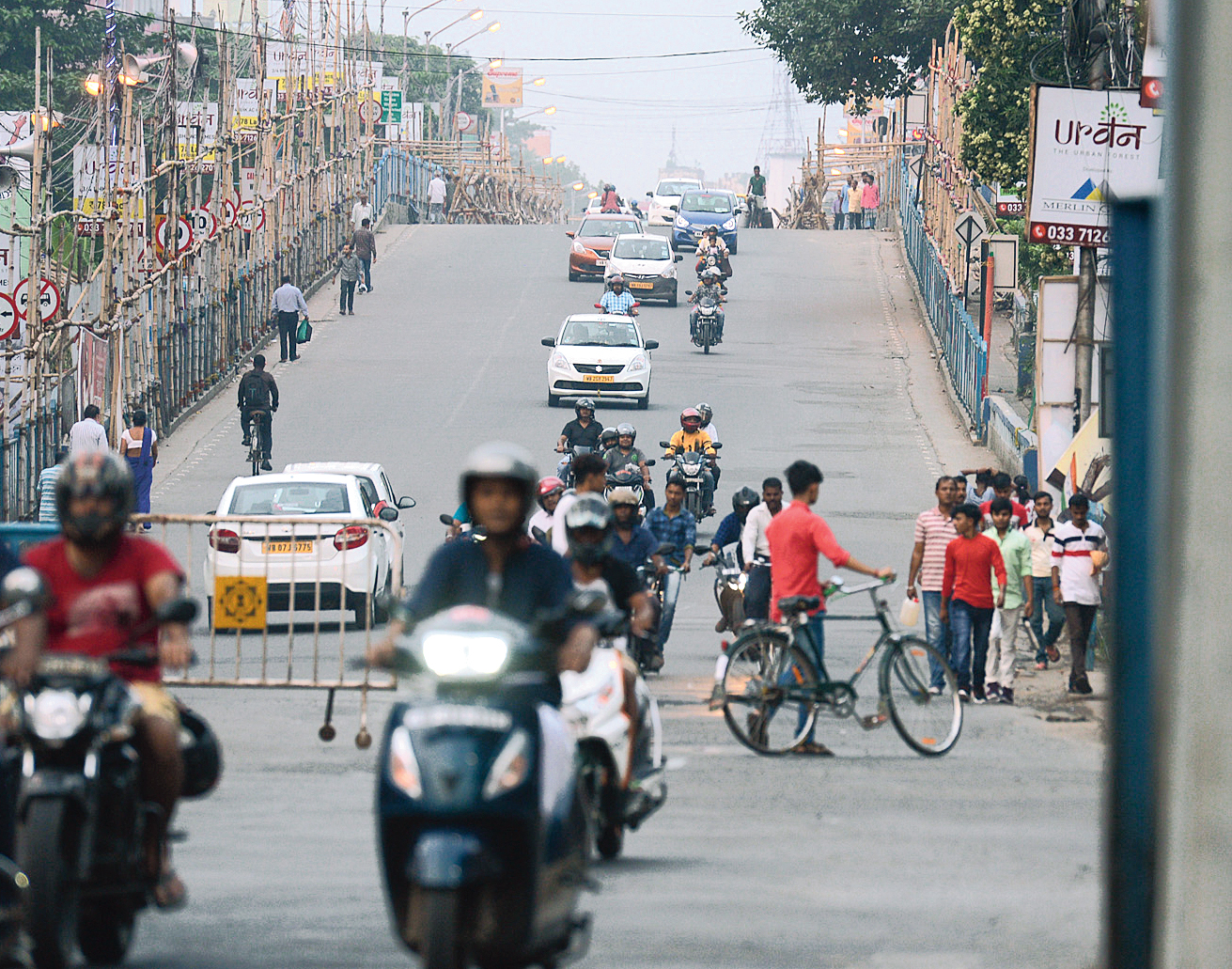 The Tallah bridge is unlikely to be shut down from Saturday night because police are yet to firm up a diversion plan for the thousands of cars that take the bridge.

Buses and trucks are barred from taking the 57-year-old bridge since September but cars are still plying on it. Once the bridge is shut down for demolition, the cars, too, will need an alternative route.

Senior officers of Calcutta police are trying to find an alternative route that will not trigger huge snarls.

Police sources said they were thinking of tweaking the traffic on the new lockgate flyover at Chitpore where only cars and small goods vehicles are allowed to ply.

“We may allow buses on the flyover and also tweak the timings of one-way traffic on it,” said a police officer.

A police officer said that roads in Paikpara and Belagachia remain chock-a-block with the added load of buses because of diversions. The addition of thousands of cars will completely paralyse the traffic in the area.

“As cars are allowed on the bridge, a lot of people headed to Dunlop from central Calcutta and vice-versa use shuttle service. After buses were barred on the bridge, it was taking less time to cross it,” said a Dunlop resident.

“If cars are also forced to take long detours through congested roads, the shuttle fares will go up many times. Even then we will not be able to reach our workplaces on time,” said the resident.

Chief secretary Rajiva Sinha on Thursday held a meeting with Eastern Railway officials to discuss the future of the Tallah bridge.

Sources said the state government and Eastern Railway officials had agreed to set up a task force to decide on the design of the bridge that would replace the existing one.

“A design prepared by the PWD for the new bridge has been rejected by the railways…. The railways were laying stress on setting up of a cable-stayed bridge. The four-member task force would take a call on preparing a fresh design within next seven days. Once the task force decides on the new design, the chief secretary will hold a meeting again,” said a source.

“This is required to make the traffic flow smooth between the city and the northern suburbs. The state government is ready to spend a sum of Rs 8 crore to develop the road in place of the bridge. The bridge will be dismantled once the new bridge comes up. The same strategy was adopted in case of Majerhat bridge where temporary Bailey bridges were set up between Alipore and New Alipore,” said an official.

Sources said that the railway officials could not promise to approve the proposed road during the meeting, as the final call on this would be taken by the Railway Board.