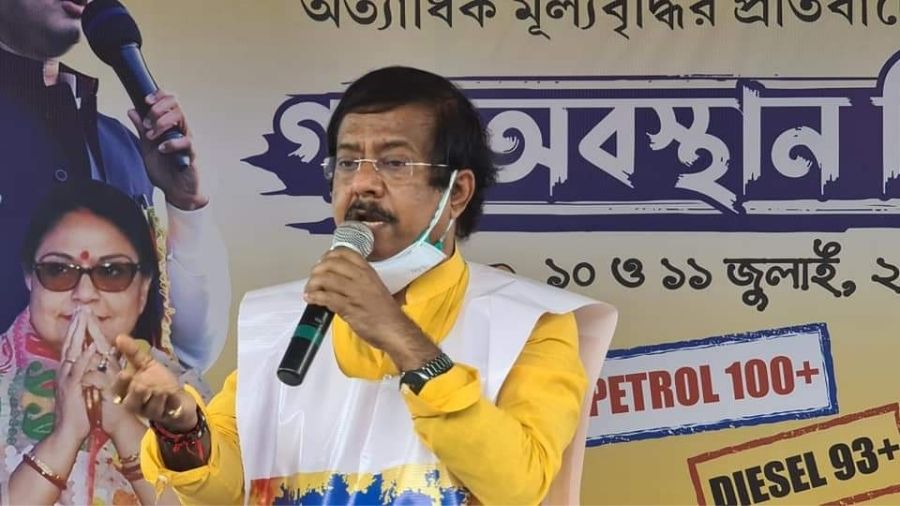 Taking umbrage at the fact that his name has been included in the "list of notorious criminals" by the NHRC panel which prepared a report on post-poll violence in Bengal, forest minister Jyotipriya Mallick on Friday said he was exploring his legal options.

Several other TMC MLAs, whose names featured in the list, claimed that a deliberate attempt was being made to tarnish the image of their party.

Mallick, a three-time MLA from Habra in North 24 Parganas, said, "I am deeply hurt by the accusation. Leave alone an FIR, if anyone finds a general diary against me in any police station of West Bengal, I will reward that person.

"Steps will be taken in accordance with the law, a defamation suit will be filed in court if required."

An inquiry panel, formed by the National Human Rights Commission (NHRC) chairman on a direction of the Calcutta High Court, has stated in its report that the situation in the state of Bengal is a "manifestation of law of ruler, instead of rule of law".

The report, which was submitted before the high court on July 13, also recommended a CBI probe into "grievous offences like murder and rape".

Echoing Mallick, the Naihati MLA said that the "list smacks of vindictiveness".

"There is no criminal case against me... This was a deliberate attempt on the part of the commission to malign the TMC," Bhowmick, a three-time MLA from Naihati, said.

Guha, on his part, alleged that an NHRC team had visited the houses of the ones who had attacked him at Dinhata in Cooch Behar, but not his home, although it is "situated a stone's throw away".

Accusing the NHRC committee of having adopted a "partisan attitude", Sufiyan said the panel has acted at the behest of the BJP and Leader of Opposition Suvendu Adhikari.