On this day in 1992, Nepali language was included in the Eighth Schedule of the Indian Constitution after a four decade long struggle 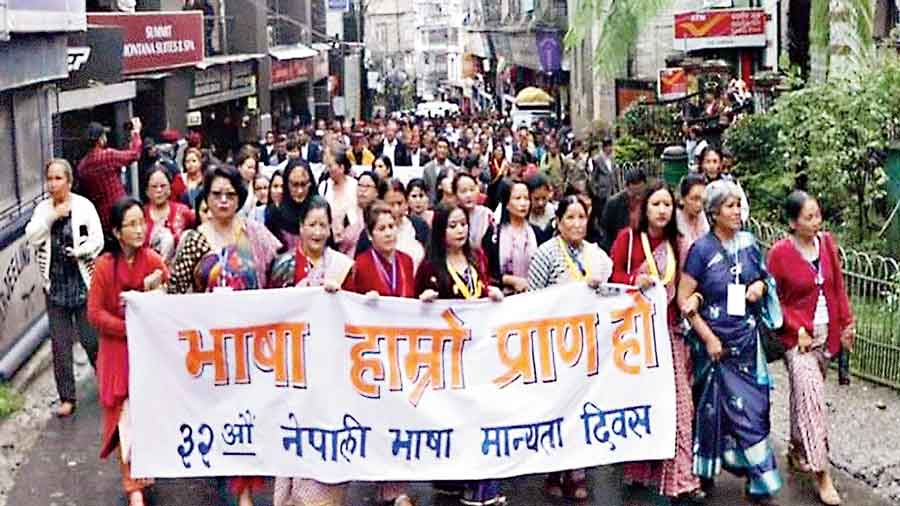 Bhasha Diwas (Language Day) was celebrated with much enthusiasm across Darjeeling hills on Saturday.

On this day in 1992, Nepali language was included in the Eighth Schedule of the Indian Constitution after a four decade long struggle.

Political differences were kept aside. Many stressed on the need to give due importance to the development and usage of the language on a daily basis. Anit Thapa, the chief executive of the Gorkhaland Territorial Administration (GTA), led the charge on the need to underscore the importance of language, while speaking at the Gorkha Rangamanch Bhavan in Darjeeling.

This year, Thapa’s BGPM, which controls the GTA, and his political rival Ajoy Edwards’s Hamro Party, which heads Darjeeling municipality, decided to set aside their political differences and jointly organise the Bhasha Diwas celebrations in Darjeeling.

“On matters of our community, we have to come together,” said Edwards.

“The language movement was a success because this issue was largely taken up by community based organisations (and not strictly by political parties),” added Thapa.

Apart from cultural events and exhibitions, an ethnic food festival was held at the Capitol Hall in the Darjeeling municipality building.

The Darjeeling municipality also named Lower Tungsoong Road as Dr Indra Bahadur Rai Road after the famous Nepali writer at the forefront of the Bhasha movement.