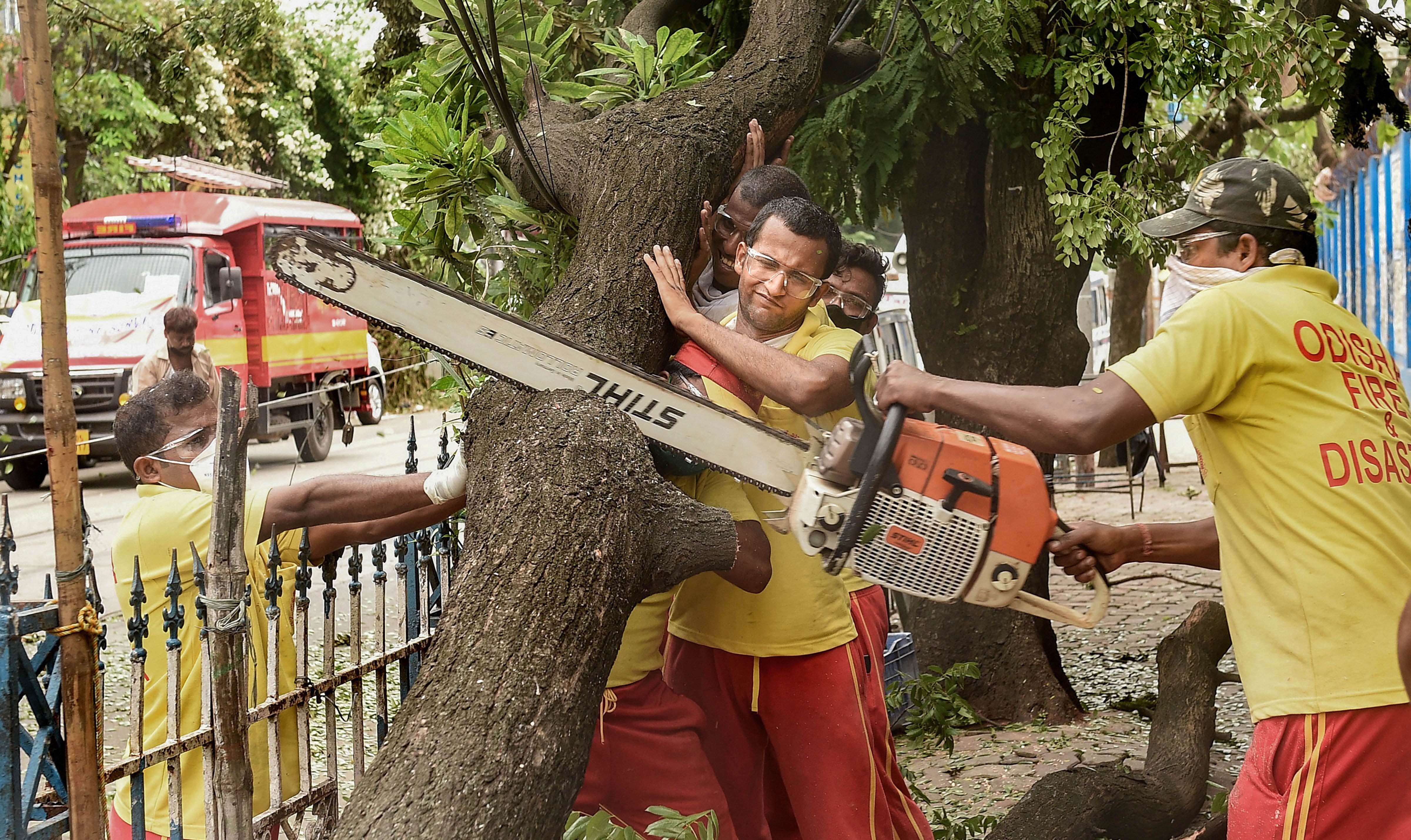 The Centre has released Rs 1,000 crore to the West Bengal government, as announced by Prime Minister Narendra Modi, and a team of the Union government will visit the state soon to assess the damage caused by cyclone Amphan.

The rescue-and-relief operations in West Bengal were discussed at a meeting of the National Crisis Management Committee (NCMC), headed by cabinet secretary Rajiv Gauba, in New Delhi on Monday.

As announced by the Prime Minister after his aerial survey and review of the relief efforts with West Bengal chief minister Mamata Banerjee, a sum of Rs 1,000 crore has already been released to the state government, an official statement said.

The ministry of home affairs will be sending a team to the state soon to assess the damage caused by the cyclone, it added.

Continuing with the coordination efforts and restoration measures in the areas of West Bengal affected by Amphan, the NCMC met for the fifth time in connection with the natural calamity.

Bengal chief secretary thanked the Centre for the support provided for relief and restoration.

Restoration of the power and telecommunication infrastructure was stated to be a priority in the cyclone-affected areas of the state.

While telecom connectivity has been restored in most areas, the damage to the local power distribution network has affected the restoration of complete supply in some areas.

Central agencies are deployed in these efforts, along with teams from neighbouring states, the statement said.

Taking note of the progress made in the restoration work, the cabinet secretary advised that complete power connectivity, telecom service and drinking water supplies need to be restored on a priority basis.

The central agencies are ready to provide any further assistance that may be required by the state. Adequate stocks of foodgrains have been kept ready for supply.

The cabinet secretary also suggested that the West Bengal government may indicate its additional requirements, if any, and directed officers of central ministries and agencies to work in close coordination with the state government to provide all required assistance expeditiously.

The West Bengal chief secretary participated in the NCMC meeting through video-conference.