Cracker rerun drags down air quality in parts of Calcutta 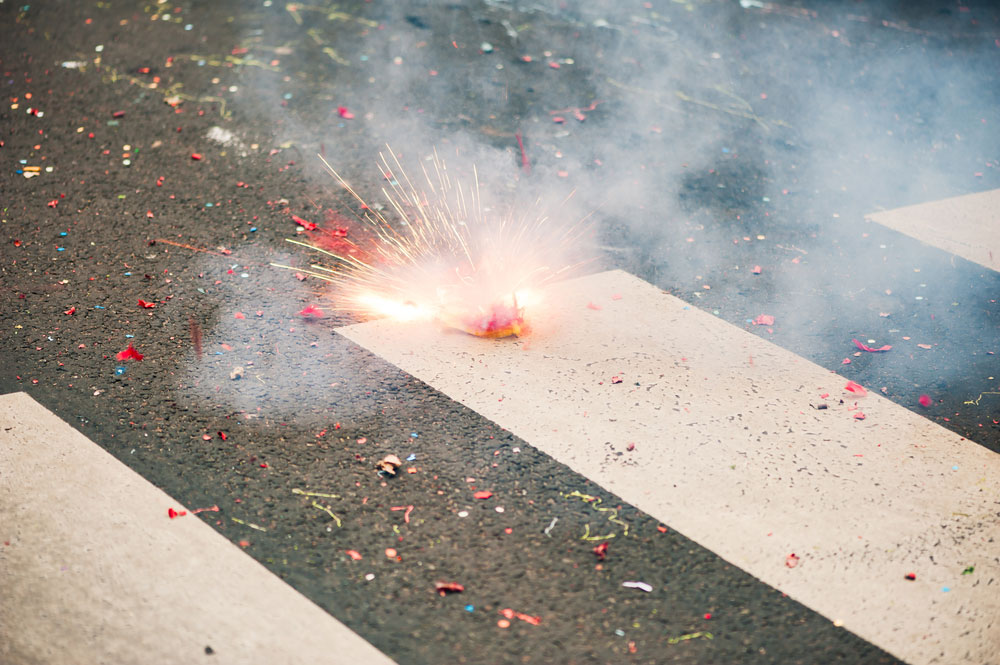 BT Road, adjoining the location of the monitoring station at Rabindra Bharati University, was at its noisiest and most noxious when immersion processions passed by.
(Shutterstock)
Jayanta Basu   |   Calcutta   |   Published 10.11.18, 09:58 PM

Air quality in parts of the city at the stroke of midnight on Friday rivalled the toxicity of Diwali as defiance of firecracker norms returned with a bang during Kali Puja immersion.

The air quality index (AQI) recorded at the automatic pollution monitoring station on the Rabindra Bharati University campus at 12am was 500, the maximum value on the scale.

An AQI value in the range of 401 to 500 is considered “severe”. According to the website of the Central Pollution Control Board, it “affects healthy people and seriously impacts those with existing diseases”.

The AQI at Victoria Memorial, the other automatic station in city, at 4am on Saturday was also “severe” at 404. This is despite the area having a blanket of greenery in the form of the Maidan and trees lining the roads.

AQI levels during Kali Puja and Diwali had been consistently “very poor” and touched 500 at one point. Air quality had marginally improved on Thursday night, but turned out to be only a lull.

The bursting of noisy, air-polluting firecrackers was in violation of a Supreme Court directive to restrict Diwali fireworks to an 8-9pm window. Most of the ear-shattering firecrackers burst during the festive period were on the banned list.

BT Road, adjoining the location of the monitoring station at Rabindra Bharati University, was at its noisiest and most noxious when immersion processions passed by.

According to green activists, the police and the environment department had failed in enforcing the court’s order. They accused environment minister Suvendu Adhikary of “being a silent spectator”.

“You have to ask the state pollution control board, the minister won’t respond,” said an official of the environment department when Metro sought a comment.

“Air quality was as poor on immersion night as on Kali Puja and Diwali. Firecrackers were burst almost every second till late into the night,” said Gitanath Ganguly, advocate and former high court-appointed special officer on noise control.

A resident of Mahim Haldar Street in Kalighat said high-decibel crackers and noisy DJ music rent the air in that neighbourhood, a shout away from Kalighat police station. “We have started a case against the offenders,” an officer at the police station said.

Sources said several police stations had adopted the same strategy of initiating cases against noise-norm offenders rather than preventing violations.

The apex court had specified that the officer-in-charge of a police station would be responsible for enforcing its order in that area and failure to do so would be tantamount to contempt of court.