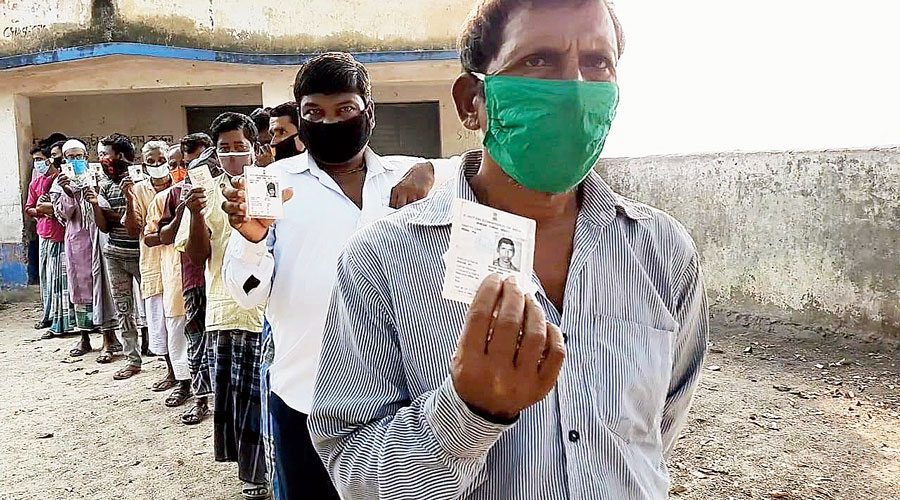 CPM’s Calcutta district committee on Monday submitted a list of the names of nearly 35,000 dead and relocated voters in 17 Assembly constituencies to the chief electoral officer of Bengal.

The initiative was part of a drive that the party has started statewide to identify fake voters, sources in the CPM said. The CPM has alleged that Trinamul Congress supporters cast false votes using these names.

“The CEO was appreciative of our efforts. There is a particular form, which one needs to fill up if he/she wishes to object to the names on the voter’s list. We filled those forms and did all necessary paperwork before we went to him,” Kallol Majumder, the secretary of the CPM’s Calcutta district committee, said.

All the 17 Assembly seats scrutinised by the CPM are in Calcutta and its suburbs and fall within the district committee’s jurisdiction.

The poll panel is currently revising the electoral roll. Majumder said the CPM hoped that after its submission, the voters’ list “will be cleansed”.

According to Majumdar, reports from a few other booths are yet to come and so far, 913 booths have been covered. Around 26,773 dead voters and 7,401 voters who have relocated have been identified.

Ahead of the 2021 Assembly polls, the CPM had submitted a list of the names of 800 dead voters in three constituencies — Maniktala, Calcutta Port, and Kasba — to the poll panel. According to Majumder, about 400 of these names were de-listed following the objections.

“We were told that the CEO would issue notices to his subordinates to immediately act on the names we submitted,” Majumder said. The party has been trying to convince poll officers at the booth level and the assistant returning officers to act on their objections.