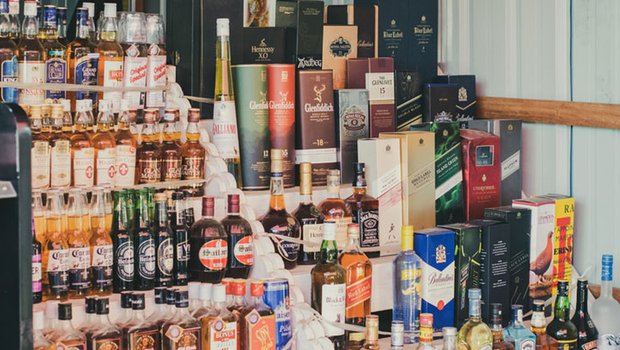 Excise officials said there were complaints about black marketing of foreign and country liquors. Six licenced shops have been sealed for selling liquor on the sly.
(File picture)
Abhijeet Chatterjee   |   Durgapur   |   Published 09.04.20, 09:43 PM

Police and the excise department in West Burdwan are carrying out raids on spurious liquor dens that have mushroomed across the district as authorised liquor shops are closed because of the lockdown.

Sources said the police had arrested over a dozen people from across the district over the past week for selling hooch. Excise officials have demolished several of these hooch dens and seized and destroyed over 200 litres of spurious liquor.

“People addicted to alcohol are now buying hooch. Dens have come up to produce hooch locally as the licenced shops are closed,” an excise official in Durgapur said.

Sources said excise officials were worried about people crowding hooch dens in violation of lockdown rules. They said a 2008 crackdown in the aftermath of the deaths of 12 people after consuming spurious liquor had largely been successful, but hooch outlets were again coming up.

“We have launched an awareness drive, especially in rural areas, to stop people from consuming hooch. We are telling people that consumption of hooch is not only illegal, but can also be deadly,” said Abhishek Ghosh, the officer in charge of excise in the Andal circle. He said the excise department, with the help of the police, had destroyed several hooch dens.

Excise officials said there were complaints about black marketing of foreign and country liquors. Six licenced shops have been sealed for selling liquor on the sly.