Mamata tries to portray a picture of unity 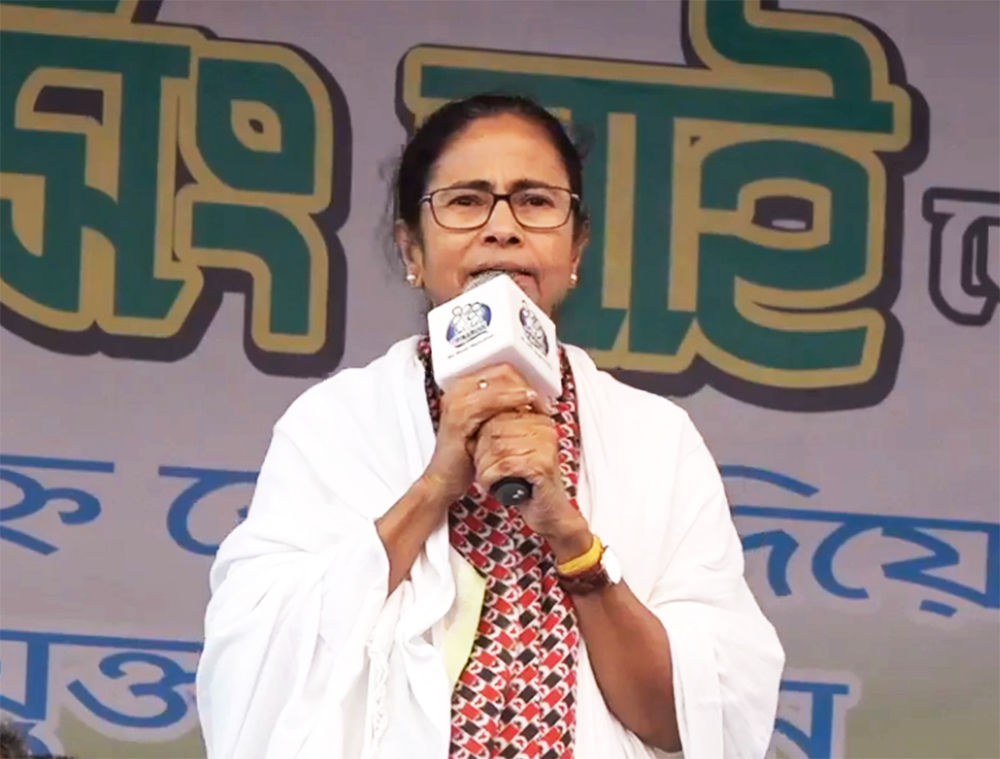 Mamata Banerjee on Friday assured Gorkhas that their identity issue would be taken care of and tried to portray a picture of unity as she addressed an election campaign meeting at Naxalbari near here on Friday.

The Bengal chief minister also continued her verbal assault on the BJP and Prime Minister Narendra Modi, but unlike previous days, she referred to the saffron camp’s unfulfilled promises for the Gorkhas and problems afflicting the tea sector.

“I want to promise that the identity issue of Gorkhas would be taken care of….. but you should realise that the BJP had said that if you voted them, they would give you Gorkhaland. However, after votes, they went to Delhi and did nothing for Darjeeling. People here had sought a central university but even that did not come up. Instead, we, from the state’s side, decided to set up a varsity in the hills,” Mamata said.

Her speech, which continued for over half an hour, was speckled with words and phrases like “Jai Gorkha,” “Jai Darjeeling,” “Jai Bangla”, “Jai Adivasi” and “dosti”. The speech, political observers feel, was an attempt to disseminate the message of unity in the hills and the plains of Darjeeling district and also to prove that her party has respect for the Gorkhas and the tribals of the region.

Amar Singh Rai was present at the meeting which was attended by around 15,000 people

“We are also aware of land right issue in tea gardens and necessary steps will be taken,” Mamata told the crowd.