Shops along Kalighat temple's boundary wall to be relocated

Sacred tank to be brought inside perimeter wall 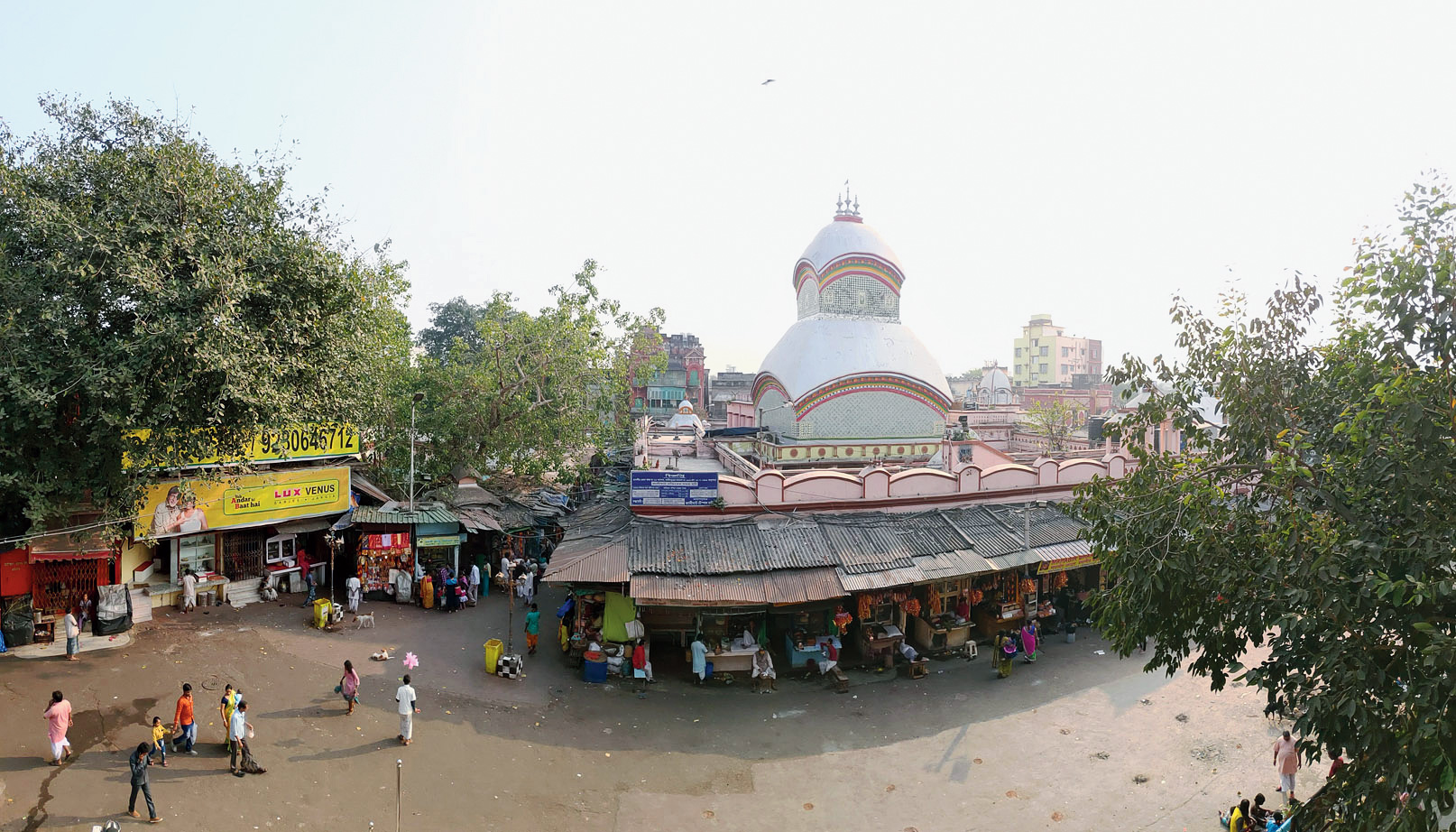 As many as 87 shops lining the boundary wall of the Kalighat temple will be relocated from Monday as part of a project to expand and enhance the immediate surroundings of one of India’s most revered places of worship.

The plan includes increasing the span of the boundary wall to bring Kundupukur, the sacred tank where many devotees take a dip, within the temple complex.

The Rs 10-crore redevelopment is a pet project of chief minister Mamata Banerjee, whose home at 30B Harish Chatterjee Street is less than 2km from the shrine.

The Calcutta Municipal Corporation (CMC) will rebuild the six gates to the temple and create a green patch along the stretch of road outside the temple. The floors of the temple complex will be renovated.

“Necessary permissions from the heritage conservation committee of the CMC have been obtained. The first part of the job is to relocate the 87 shops so that the boundary wall can be extended,” a civic engineer said.

The conservation committee’s clearance is mandatory to renovate a heritage structure.

“We will extend the boundary of the temple. The sacred tank that is currently outside the boundary wall will be brought inside,” the engineer said.

The municipal authorities have estimated that they would need 18 months to complete the renovation, during which time there could be traffic restrictions on Kali Temple Road. At present, only vehicles owned by people who live close to the temple are allowed on the stretch of Kali Temple Road to the west of Kalighat police station.

While shops hugging the boundary wall of the temple will have to shift, the project won’t affect hawkers who sit on the pavement away from it, an official said.

According to him, the project will focus on improving drainage, water supply and lighting systems inside and outside the temple. “Better illumination is a major objective of the project, apart from civil construction.”

A skywalk connecting the temple with SP Mukherjee Road is also part of the plan. The chief minister made the proposal after the inauguration of the skywalk at the Dakshineswar temple.

A CMC engineering team has surveyed the roads leading to the Kalighat temple. “A detailed project report for the skywalk will be prepared. We found the stretch of Kali Temple Road from its intersection with SP Mukherjee Road to the temple best suited for a skywalk overhead,” the official said.