Considered a lifeline, it runs through the chicken’s neck area, the slimmest stretch of the sub-continent, perched between Nepal and Bangladesh to its north and south 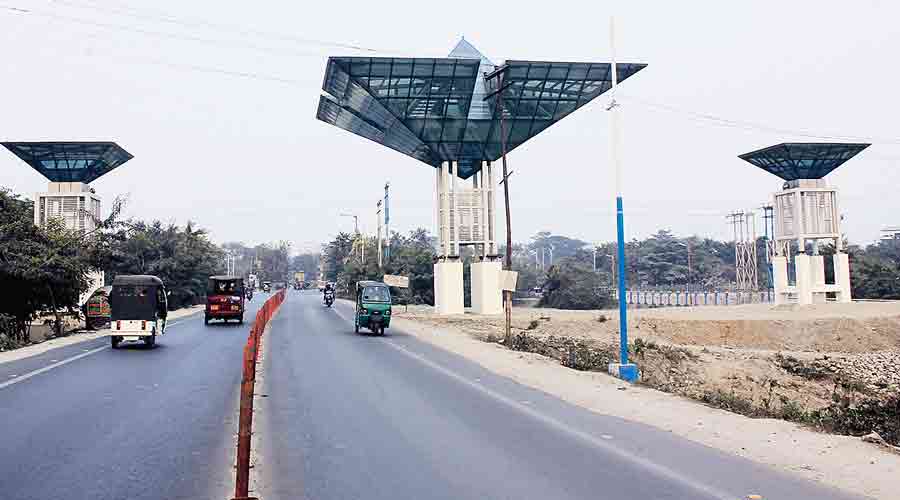 The Bengal government and the Centre have come together to take up the task of widening a stretch of a national highway that is a lifeline for the Northeast and passes through the strategic Siliguri corridor or the “chicken’s neck”.

On Friday, officials of the state public works department, Union ministry of road transport and highways (MoRTH) and the National Highways Authority of India (NHAI) met virtually to explore ways to expedite work on developing the stretch of NH31 that passes through the northern end of Siliguri and connects the Northeast to the rest of India via the Dooars.

“The detailed project report to widen the two-lane stretch of NH31 to six lanes from the Balason river bridge to Sevoke is ready. At the meeting, we said the land required for the project has been acquired. Recently, the MoRTH announced that it would spend around Rs 1,200 crore for the project. It is their call now and we believe the work will start soon along this stretch,” a source in the Bengal PWD said.

NH31, which converges with NH27 and runs through the chicken’s neck area — the slimmest stretch of the Indian sub-continent, perched between Nepal and Bangladesh to its north and south — is of paramount importance to the country because of security reasons. Widening is also needed to ease traffic congestion.

“Considering the heightened activities of China at the Bhutan border and in areas like the Chumbi Valley at the border of Sikkim and Bhutan, it is necessary to have a robust highway infrastructure throughout north Bengal, especially along the Siliguri Corridor, for seamless movement of defence forces and equipment,” a retired army officer said.

At Friday’s meeting, the officials also discussed the widening and improvement of NH10, which too originates from NH 31. NH10 is the principal highway that connects the Himalayan state of Sikkim, which sits on the India-China border, with the rest of the country.

A Bengal PWD official said the landslide-prone zones along the highway, which passes through Kalimpong district and enters Sikkim, have been identified.

“The Union ministry is focusing on a third project — building a bridge at Sevoke over the Teesta river to connect the Dooars with NH31,” he said.

The state PWD has for now installed a bailey bridge over a damaged portion of the Balason river bridge to the northwest of Siliguri.

From Friday, vehicles are being allowed on the bridge after a gap of almost one and a half months.

Vehicle movement had been stopped on October 20 on the bridge, which is part of NH31, after one of its pillars tilted from the impact of a swollen river.

“The state PWD has spent from its pocket to build the bailey bridge. There is a plan to build two three-lane bridges on the Balason river as the highway (NH31) will be a six-lane road from here,” the official said.