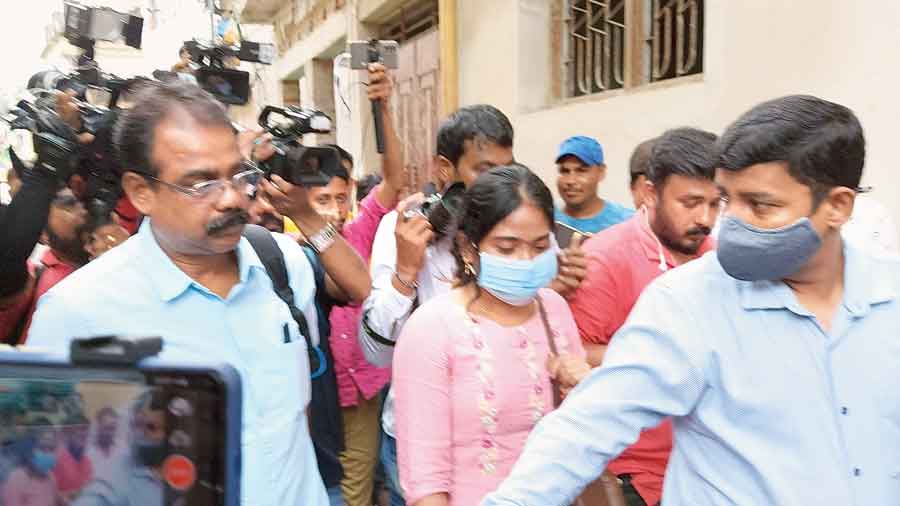 The CBI on Wednesday froze fixed deposits (FDs) amounting to Rs 16.97 crore allegedly held by arrested Trinamul Congress leader Anubrata Mondal and his relatives and acquaintances in multiple accounts of a nationalised bank in Bolpur as the agency ramped up efforts to trace the financial transactions in the cattle smuggling.

A team of CBI officers reached Bolpur on Wednesday to question Mondal’s daughter Sukanya, but she refused to meet them saying she was not in the right frame of mind because of her father’s arrest and the recent death of the mother.

“There can be no plausible reason for as to how such huge amounts found their way into several fixed deposit accounts that either belong to Mondal or some of his acquaintances and family members. In the next few days, the CBI will try to find out if a part of the amount was ‘proceeds of crime’ received as kickbacks from the cattle smuggling trade,” said a CBI official.

The CBI said the investigators might summon some of those who had their accounts at the nationalised bank to know the source of the deposits. “We have sought the transaction details of all these accounts from the branch concerned. The details will show the timeline of the deposits,” said the official.

Sources in the CBI said merely paying income tax for the fixed deposits didn’t matter. The account-holders would be asked to explain from where they had got such huge amounts, which were kept as fixed deposits in their accounts, officials said.

With the Birbhum district Trinamul president allegedly dodging most of the questions, a part of the investigating team shifted its focus to Sukanya and her assets.

Senior officials said they had traced at least two companies where Suknaya’s name features in the list of directors. Sukanya was appointed the director of Neer Developer Private Limited in October 2019 and ANM Agrochem Foods Private Limited in August 2017, the investigators said.

Both the companies share the same address — Kalikapur Haradhan Mondal Road in Bolpur.

Sukanya is a primary school teacher in Bolpur. The CBI officers were in Bolpur on Wednesday to question her about the assets owned by her.

Sources said Sukanya was scheduled to leave Bolpur for Calcutta early on Thursday. “She has to offer a date or we will summon her,” an investigating official said.