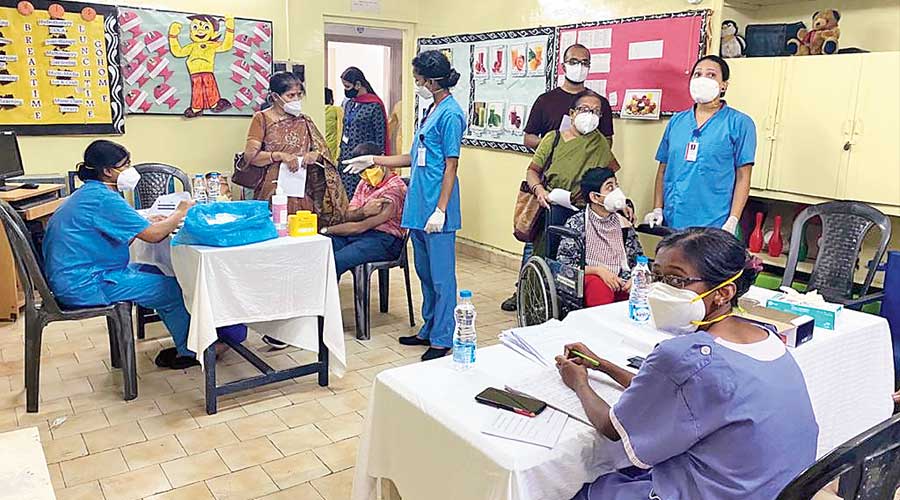 Indian Institute of Cerebral Palsy, in association with Medica Superspeciality Hospital, recently organised a vaccination camp on its Taratala campus. The eligible students, staff members and care givers were happy to return to the campus, even though just for a jab. Despite rain and lack of local transport, there was a huge turnout.

More than 300 persons with disabilities and their family members received the first or second dose of the Covishield vaccine at the day-long programme. Sixty members of Mentaid, sponsored by the Calcutta Foundation, were also part of the drive.

“Persons with cerebral palsy and multiple disabilities have compromised immunity and are at a far greater risk of getting infected by the virus. Many of our service users, who are above 18 years of age and have profound disabilities, are wheelchair users. Transporting them to a government hospital or urban health centre for vaccination and waiting in long queues was not a feasible option. Many are unable to express their anxieties and some of them will not wear a mask because of their intellectual disabilities. They are, therefore, extremely vulnerable in any public place. Given the issues, parents and guardians welcomed the IICP’s initiative,” said Sonali Nandi, the chief operations officer and director-technical services of the organisation. 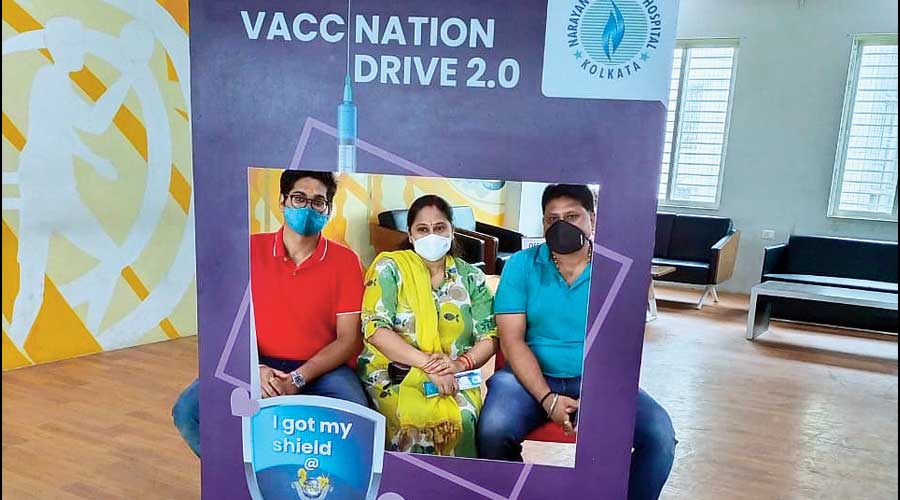 Over 240 people got their first or second dose of the Covishield vaccine at a five-day vaccination camp, organised by Indus Valley World School, in association with Narayan Memorial Hospital. The camp was also open to the common people. Several teachers and staff members were vaccinated at the camp.

“I received my second dose at my school. It is essential for the entire teaching and non-teaching staff members to get their shots before the school reopens. We have organised two camps till date,” said principal Reshma Bhattacharya. 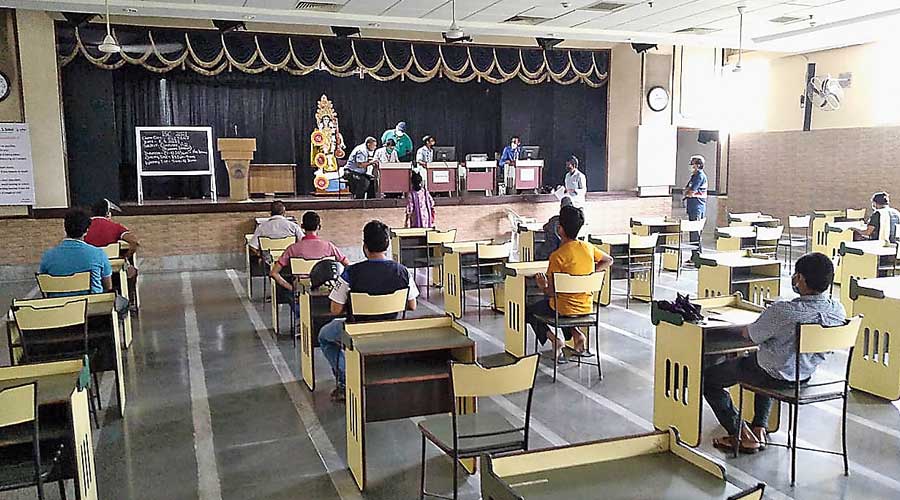 The state education department recently initiated a two-day vaccination camp on the premises of MP Birla Foundation Higher Secondary School. The first and second doses of the Covishield vaccine were given to around 600 beneficiaries in the age group of 18 to 45, which included both teaching and non-teaching members from different private schools of the city.

The department had divided the city into five zones. Apart from MP Birla Foundation Higher Secondary School, vaccination camps were also set up in several other schools of the city.

On the first day, 199 individuals from 17 schools were vaccinated, while on the second day 388 individuals from 20 schools took part in the drive. “We are glad that the government selected our school to put up this drive. We expect to get more such opportunities from the department. And I hope that the government will soon announce such a drive for the students falling under the age group of 12 to 18, so that the middle and senior school students can get back to school,” said vice-principal Purnima Chatterji. 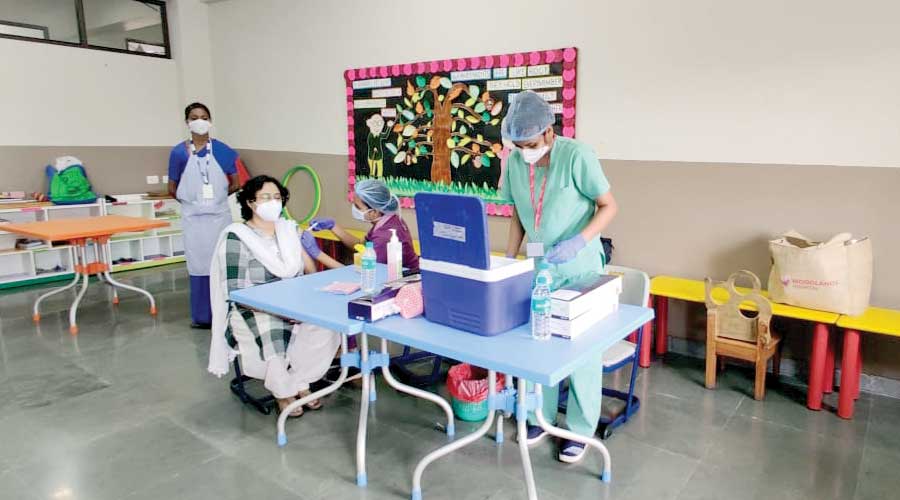 Asian International School recently conducted two vaccination drives – one in association with RN Tagore Hospital and the other in collaboration with Woodlands Hospital - for its staff members and their near ones. The school ferried around 120 staff members to RN Tagore Hospital for the shots during the first drive, while they organised the second one on their own premises for more than 150 participants including students above the age of 18, ex-students, parents, employees and their close dependents.

“Asian International School is ensuring the safety circle of ‘Me, us and nation’ by organising the vaccination drives. In today’s times when vaccination centres are not readily available, our effort has allowed a safe and secure platform to the alumni, the parents of our school and the dependent members,  in combatting the pandemic,” said principal Vijaylaxmi Kumar.