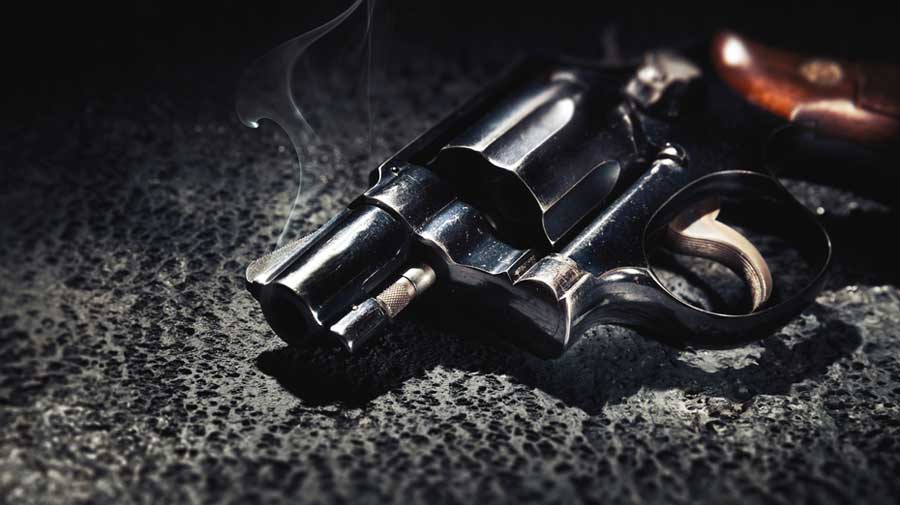 Dharmendra Singh, who was the president of the Trinamul Youth Congress of Howrah’s 39 Ward, was returning home with a youth riding pillion, when three miscre-ants opened fire near gate number 3 of the Botanic Garden around 4pm, eyewitnesses have told cops.
Shutterstock
Our Special Correspondent   |   Howrah   |   Published 30.12.20, 01:38 AM

At least four private buses and two motorcycles were damaged and around 10 shops were destroyed in the violence that left the area in Howrah’s Shibpur on the edge till late in the evening.

Dharmendra Singh, who was the president of the Trinamul Youth Congress of Howrah’s 39 Ward, was returning home on a two-wheeler with a youth riding pillion when three men opened fire near gate number 3 of the botanical garden around 4pm, eyewitnesses have told cops.

“We have learnt that six rounds were fired. One of the bullets pierced the victim’s head. The pillion rider, too, suffered a bullet injury,” said a senior police officer of the Howrah police commissionerate. “The victim was rushed to a private hospital on Andul Road, where he died.”

The police have registered a murder case with the Botanic Garden police station and started a probe. Cops are scanning CCTV footage.

As news of Singh’s death spread, several youths gathered outside the hospital armed with bamboo sticks and demanded immediate arrest of the murderers.

Some in the crowd damaged parked buses and motorcycles and several shops in the area. Later, two motorcycles were set on fire, eyewitnesses said.

A contingent of RAF was sent from the Howrah police headquarters.

“Primarily, it appears that the assassins knew when Singh would head home and had planned the murder accordingly. We will scan his mobile phones for more details and check his call records,” the officer said.