The institute will give 75% weightage to XII result, 25% to subject student wants to pursue 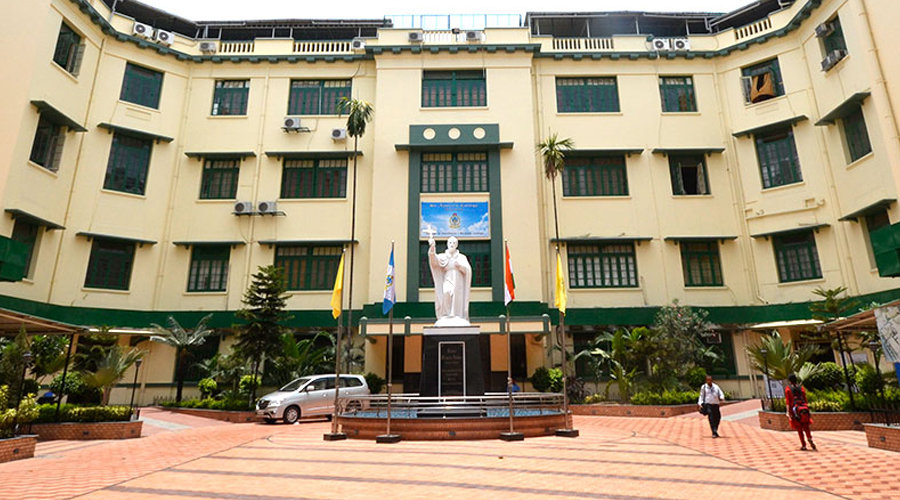 For applicants who did not have the subject in which he or she wants to major at the plus-II level, the Park Street college has worked out alternate mechanisms.
File picture
Subhankar Chowdhury   |   Calcutta   |   Published 17.06.21, 02:11 AM

St Xavier’s College will give 75 per cent weightage to marks in the Class XII board results and 25 per cent to the subject in which an aspirant wants to major while drawing up the merit list for the undergraduate courses.

For applicants who did not have the subject in which he or she wants to major at the plus-II level, the Park Street college has worked out alternative mechanisms.

If a student of science or commerce wants to pursue an undergraduate programme in political science or sociology, for example, the marks obtained in English will be considered, an official of the college said.

St Xavier’s University in New Town had announced on Monday that it will admit students to its undergraduate programmes through online tests.

This year, it will give 25 per cent weightage to the marks obtained in the subject the aspirant wants to pursue at the undergraduate level.

This will help screen the bright aspirants from a large pool of applicants, said principal Father Dominic Savio.

Till Wednesday, 30,000 candidates had applied.

The sheer number of applicants, along with uncertain internet connectivity, has forced the college not to hold online entrance tests or interviews, the principal said.

According to a notice posted on the college website, for those who want to pursue an honours in political science, the best four in the aggregate will include English and any three other subjects.

The merit list will be drawn up after the college gives 25 per cent weightage to political science or English marks (whichever is higher).

“The details about the combination that will be followed in case a prospective student does not have the subject at the plus-II level in which he or she wants to major, will be uploaded on the college website,” he said.

If a student does not have statistics in Class XII, only the marks in mathematics will be considered.

The calculation of the 75 per cent weightage to the board marks will vary from department to department, said another college official.

For instance, for statistics, the 75 per cent will be calculated by putting together the aggregate of the best of four and the scores in statistics or mathematics (whichever is higher) from the board results.

This will be added to 25 per cent from the marks obtained in mathematics or statistics (whichever is higher).

For computer science, 75 per cent of marks will be calculated by putting together the aggregate of the best of four and the scores in mathematics and physics.

The remaining 25 per cent will be from mathematics or computer science (whichever is higher).

“This 75 per cent component, by and large, is based on a computation of the best four aggregate percentages along with subject percentage (in subject/s decided by the respective departments). The remaining 25 per cent weightage will be taken from subject/s chosen by the departments to give prominence to the subject the applicant will be pursuing in the honours course,” said an official.

The selection criteria for the five-year integrated programme in bio-technology and for multimedia courses have been announced as well. Students will be selected based on weightage of 75 per cent to the marks in the Class XII board results and 25 per cent to the subject the student wants to major in or a relevant subject chosen by the department concerned.

The form fill-in schedule will be uploaded on the college’s website by the end of this week, said Father Savio.