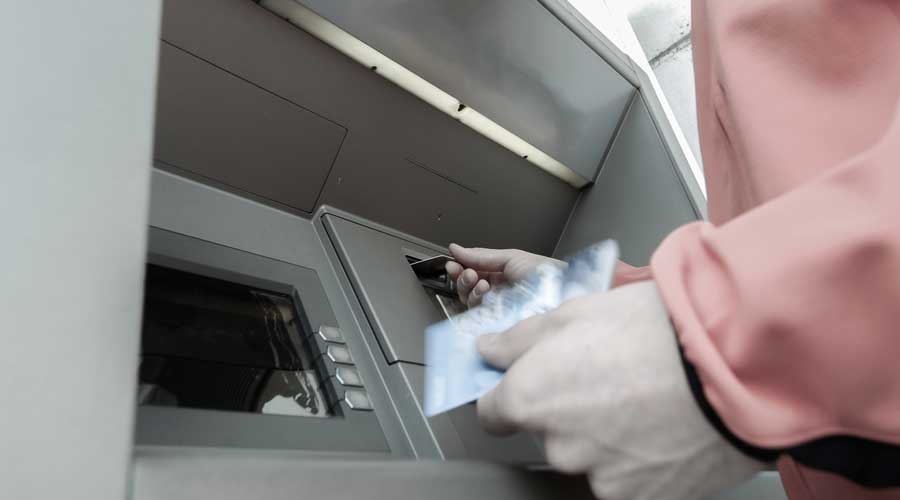 Police said that in each case the ATM was disconnected from the bank’s server and a proxy server was set up before the money was withdrawn.
Shutterstock
Our Special Correspondent   |   Lalbazar   |   Published 07.06.21, 02:58 AM

Two men have been arrested in Gujarat’s Surat and another two in Calcutta in connection with a series of ATM frauds in the city.

More than Rs 2 crore was fraudulently withdrawn from at least 10 ATMs of a private bank in Calcutta within a week last month. Police said that in each case the ATM was disconnected from the bank’s server and a proxy server was set up before the money was withdrawn.

The anti-bank fraud section of Calcutta police’s detective department rounded up the four early on Sunday.

The two picked up from Surat have been identified as Manoj Gupta, 40, and Naveen Gupta, 30, both from Fatehpur Beri in Delhi. The ones arrested in Calcutta are Bishwadeep Routh and Abdul Saiful Mandal.

“Manoj and Naveen have been produced in a court in Surat. They will be brought to Calcutta on transit remand,” said an officer at Lalbazar.

Bishwadeep and Abdul have been remanded in police custody till June 19.  The court accepted the police’s prayer to add sections of fraud and forgery in the case.

Investigators have learned that the cash robbed from the ATMs across the city was deposited in two bank accounts in Calcutta before it was withdrawn from another city using an ATM card of that account.

The two men arrested in Calcutta had allegedly allowed their bank accounts to be used by the fraudsters to deposit the stolen money.

Money was fraudulently withdrawn from the private bank’s ATM kiosks at 10 locations — including Bowbazar, New Market, Phoolbagan, Beniapukur, Behala, Cossipore and Jadavpur — between May 14 and 22.

Investigators have learned that the gang had stayed at a Topsia hotel. Officers said a search was on for other gang members.

Similar cases of ATM fraud have been reported from Faridabad, Ghaziabad and the National Capital Region. Cops suspect the same gang was involved in all cases.