Under the pressure of the low-influence, the entire south Bengal, including the city, is expected to get widespread showers from Monday 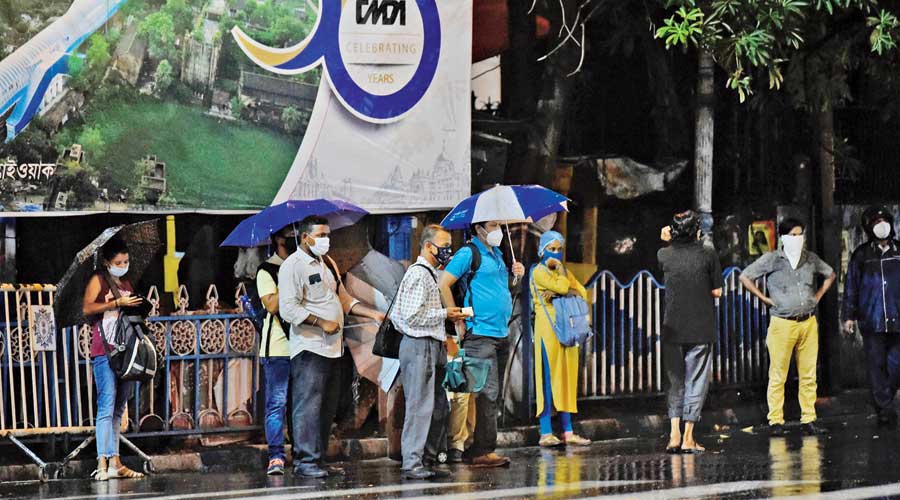 Rainfall in Calcutta and surrounding areas is likely to increase from Monday because of a low-pressure area that is set to form over the north Bay of Bengal by Monday, Met officials said on Sunday.

Under its influence, the entire south Bengal, including Calcutta, is expected to get widespread rain from Monday.

The system was to have formed on Sunday. “It is a dynamic process and depends on several parameters like atmospheric pressure over the sea and the sea surface temperature,” said a Met official.

The city got light but persistent rain throughout Sunday. The sky remained overcast since morning. The intensity of the showers is likely to go up from Monday, said a Met official.

The previous low-pressure system had led to around 115mm of rain in Calcutta between August 17 morning and August 21 morning.

“The fresh system is also likely to trigger over 100mm of rain in Calcutta over the next three days. One heavy spell is due,” said the official.

“But once the rain stops, there are enough pumps to drain the water out quickly,” said an official.

The fresh low-pressure area is likely to travel westwards. As a result, the western districts of Bengal such as Bankura, Purulia and Jhargram can get heavy rain on Wednesday and Thursday.

The monsoon trough extends up to northeastern Bay of Bengal via Calcutta. That is leading to strong monsoon currents in the city, said a Met official.