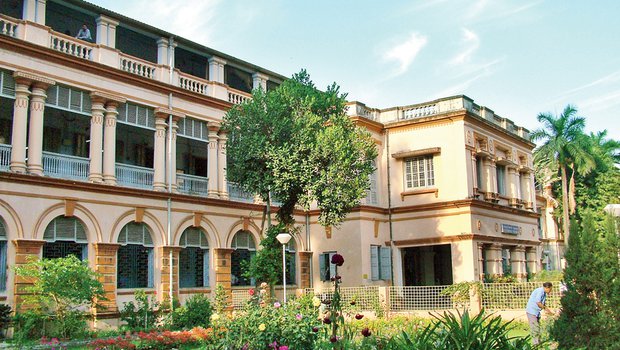 “Based on the report, we can decide on what to do to improve our position,” said Chiranjib Bhattacharjee, a pro-vice-chancellor.

The university had ranked 9th in the engineering category in the National Institutional Ranking Framework — an annual ranking exercise carried out by the Union human resource development ministry — in 2017.

“In the ‘university’ category, JU has been ranking in the the top 10 in the NIRF over the past four years. The position in the engineering category is sliding,” a JU official said.

“JU has been famed for its engineering education. But unfortunately we are faltering in an area that happens to be our strongest point,” said a teacher, who is part of the group probing the reasons for the slide.

The only other state university in the top-20 bracket in the engineering category is Anna University of Tamil Nadu, which has ranked 14th. The rest are all central institutions.

A JU official said it seemed the university’s rank is sliding because it lags behind in publication of journals.

The NIRF authorities give stress on the number of publications in Scopus, a citation database that was launched in 2004 and is internationally acclaimed.

“It appears our contribution to Scopus is not as impressive as others. The NIRF makes a relative analysis. We need to catch up,” the official said.

“This year’s score is 62.04. This means that the not-so-impressive show in publication is one reason for the slide in rank,” the official said.

The official said another reason could be that not all full-time teachers have a PhD. An evaluation parameter called “Teaching, Learning & Resources” is the combined metric for faculty with PhD (or equivalent) and experience.

“The faculty vacancy count could be yet another reason. More than 100 teaching posts are vacant,” a teacher said.