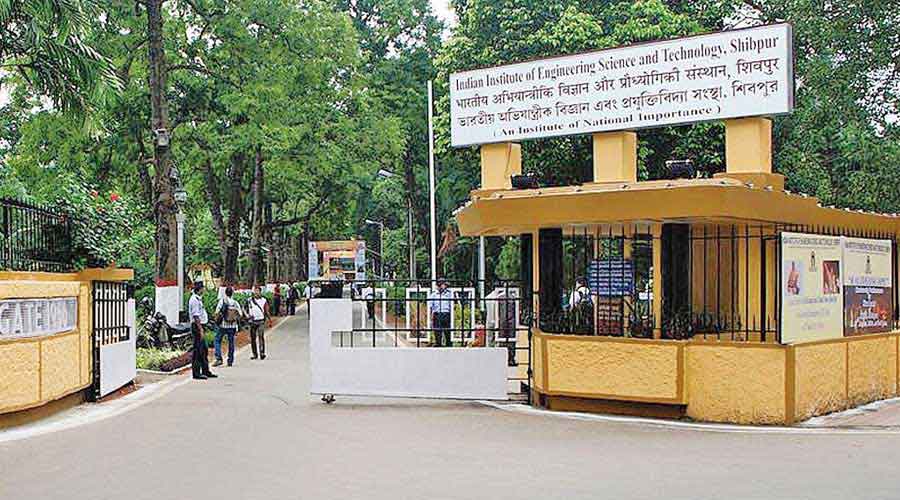 The ministry of education has asked all the NITs and IIEST (Shibpur) to cut down expenditure by 20 per cent.

The advisory on reducing “controllable expenditure” came because the budget estimate for financial year 2021-22 under the scheme “support to NITs and IIEST” has been curtailed from Rs 1,325 crore to 1,065.04 crore under overhead expenditure, says a circular issued by the ministry.

A suggestive list of object heads under which expenditure will have to be controlled has been enclosed with the circular. These include grant-in-aid general, minor works, maintenance and travel expenses.

IIEST acting registrar Rana Roy recently issued a notice stating: “This is for information a letter with regard to ‘curtailing avoidable expenditure’... has been received by the institute from the ministry of education.” When contacted, Roy declined to comment.

An NIT Durgapur official said the ministry had earlier stopped providing funds for infrastructure and asked institutes to take loans under the Higher Education Financing Agency (HEFA), a scheme that was announced in the 2016 budget.

“Worried about repaying the loans, we have already paused the infrastructure projects. Now they have cut down on overhead expenditure as well. As the financial health of the Union government is worsening amid the pandemic, they are reducing the budget for the central academic institutes increasingly,” said an official.

Another official of the institute said NIT Durgapur’s earning had reduced substantially as the institute was continuing with the reduced fees announced last year keeping in mind the pandemic-induced economic hardship faced by students and their families.

“Now there is a cut in budget. Leave alone taking a loan, how will we sustain ourselves if the support is reduced in a phased manner?” he told Metro.

“It was obvious that when the overall budget has been slashed, support to the NITs and IIEST Shibpur would be reduced as a consequence,” said an IIEST official.

The economic crisis had compelled the government last September to ask central universities and the IITs to refrain from creating teaching posts and filling posts created after July 2020.

The directive has deepened the problems confronting higher education and research after institutions were asked to admit more students to implement the 10 per cent quota for the economically weaker sections.