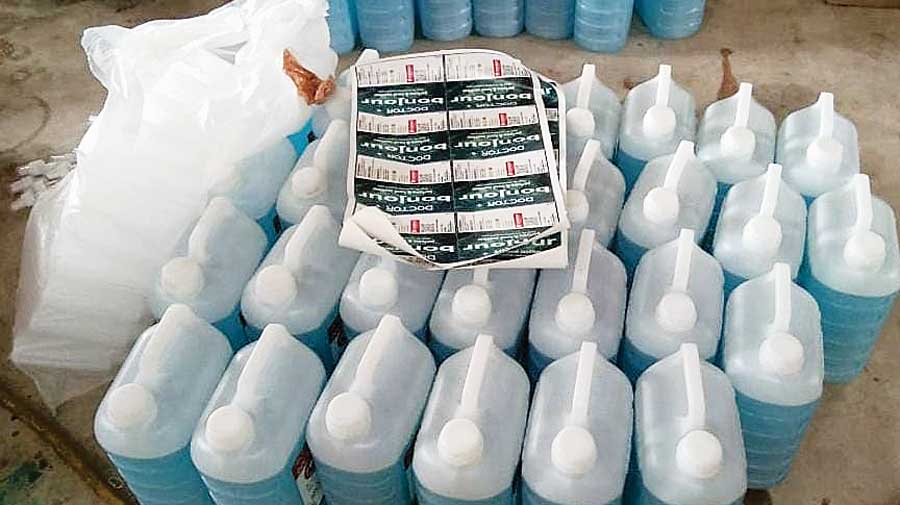 The manager of a Rajarhat unit that manufactures chemicals was arrested and 500 litres of liquid seized in a raid on Monday.

The Bidhannagar commissionerate raided the unit based on information that the factory was producing “hand sanitiser” without valid papers.

An officer found 500 litres of blue liquid being packaged. “The liquid has been sent for tests. We did not find any document required to manufacture sanitisers,” said an officer.

The arrested manager has been identified as Tapas Mitra.

Haridevpur: A young man has allegedly been cheated of over Rs 4.5 lakh against false assurances of a job by a purported online job portal.

Abhishek Upadhyay in his complaint said he registered with the portal by paying Rs 1.5 lakh.

The fraudsters convinced him to take a personal loan of Rs 3.14 lakh in such a way that it was sanctioned in his name but deposited in their account, police said.