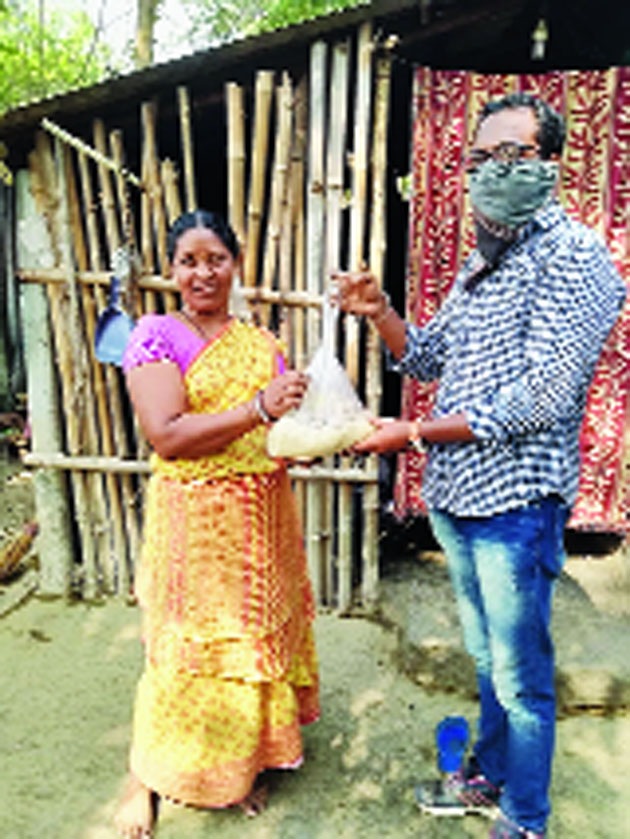 Students of IIT Kharagpur have saved their pocket money to reach food and ration to villagers around the campus, many of them jobless during the lockdown.

The students, many of whom have gone back home since the lockdown started, took to crowdfunding after coming to know that many people living on and around the campus were having problems getting their basic essentials.

They had the fund transferred through a digital wallet to officials of Gopali Youth Welfare Society, an organisation of about hundred IIT students that was started in 2002 for the welfare of the people in the area.

Some officials of the Gopali gram panchayat, about 3km from the IIT campus, are associated with the society.

“Many of the villagers depend on the campus to earn their livelihood. Now as the campus is shut, their earnings have taken a hit. As we came to know about their plight, we decided to chip in. We take help from them. It is our turn to help them out,” said Dasari Sai Nishanth, a second-year student of electrical engineering.

The IIT-Kharagpur alumni based in the US have already reached out to these people.

Help in the form of essentials is being disbursed from the main gate of the IIT.

“Given the extent of the crisis, we think help should be extended from as many quarters as possible,” said Dasari.

Gopali Youth Welfare Society collaborated with the gram panchayat to create a team of 15-20 volunteers. They distributed essential items to around 2,000 families under the Gopali gram panchayat. The items included 3kg of rice, 500g of onion, 2kg potato, 100g soyabeans and sanitisers.