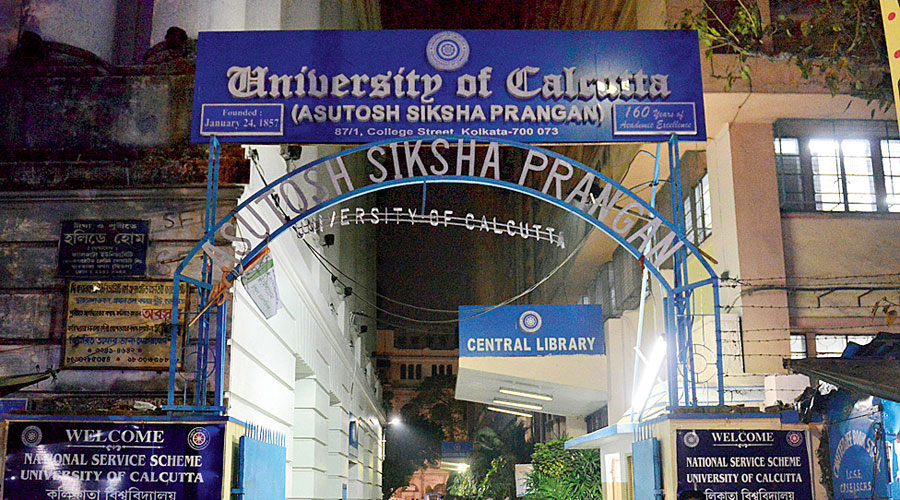 Many of Calcutta University’s colleges have found it difficult to calculate the internal assessment marks of BA and BSc third-year students because they have either not held the selection tests or held exams on a “few important subjects”.

Principals of several colleges said the university would “generally” allow students under the 1+1+1 system (Part I, II, and III) to write the university exams if they had 60 per cent attendance.

It has been in practice since the 1+1+1 system was implemented more than 15 years ago.

Many principals said they were taken aback when the university announced last week that third-year BA, BSc students under the 1+1+1 system will be assessed by giving 20 per cent weightage to selection tests and the remaining 80 per cent to the best performance in Part I and Part II exams.

The principal of a college in the Sealdah area told The Telegraph that he had no idea if any of the departments of his college had conducted the selection tests this time.

The university has never told colleges that clearing the selection tests is mandatory to write the university exams, along with the minimum 60 per cent attendance.

“Now suddenly the university wants us to provide internal marks…. By doing this they are penalising students…. Students and department heads would have taken the exams seriously if they had known the marks would be considered during the final assessment,” the principal said.

A south Calcutta college principal said selection tests had been held in “almost” all subjects for third-year students.

But not more than 70 per cent students took the tests. “More than 30 per cent did not take the selection tests…. This has been the trend for many years…. Absentee students were allowed to write the Part III exams if they had the mandatory 60 per cent attendance…. We don’t know how we will calculate the internal marks of so many absentee students,” the principal said.

The principal of a college in central Calcutta said selection tests had been held in all subjects barring one. But the marks obtained by most students are “very low”, which means their performance in the final exams will also be “low” if these marks are sent to the university, the principal said.

Calcutta University vice-chancellor  Sonali Chakravarti Banerjee said it was true that the university did not check with colleges if final-year students had been screened through selection tests before being allowed to write the university exams.

But university rules make it clear that colleges should conduct selection tests, she said. “We have no idea why colleges have not conducted the tests. All colleges have been asked to upload the internal assessment marks on college portals.”

The deadline for submitting the internal marks is July 10.

The last batch of BA and BSc students under the 1+1+1 were supposed to write the Part III exams in April, which got cancelled because of the Covid-19 outbreak.