Jharkhand comes second with 10 ground lightning per square kilometre, while Odisha, Chhattisgarh, Tamil Nadu and Andhra recorded between 4 and 8 strikes 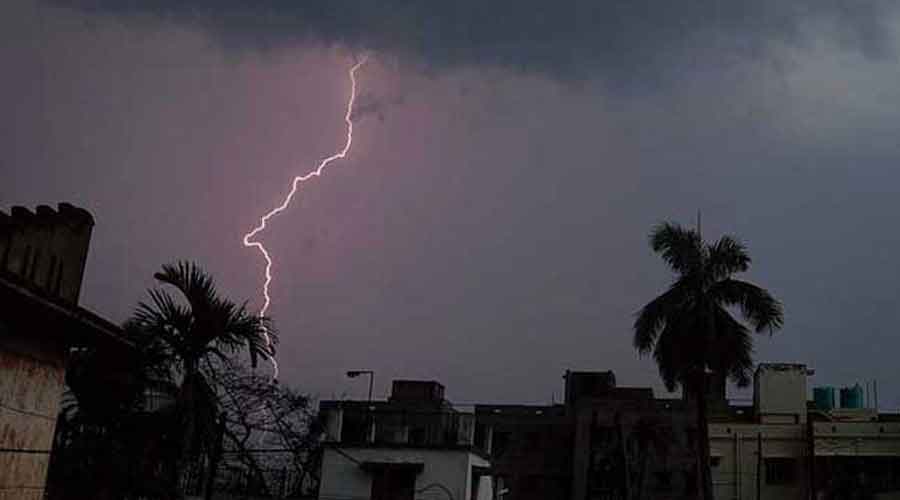 Earth Networks developed the data based on their extensive network that constantly monitors lightning strikes through thousands of sensors.
File photo
Jayanta Basu   |   Calcutta   |   Published 24.07.21, 01:47 AM

Bengal recorded the highest number of lightning strikes from cloud to ground per square kilometre in India in 2020, according to a recent report.

The entire Bengal delta, spanning across West Bengal and Bangladesh, has become a hotspot for lightning strikes, says the report prepared by the US-headquartered Earth Networks, which operates the world’s largest hyper-local weather network.

Bangladesh recorded the highest proportion of lightning strikes on ground — 37.1 per cent — in south Asia.

The lightning strikes that were counted comprised intra-cloud fireworks as well as cloud to ground bolts, which can cause fatality.

Earth Networks developed the data based on their extensive network that constantly monitors lightning strikes through thousands of sensors.

The rise is even more striking if one considers the period from April 2020 to March 2021.

“During the period, 18.5 million lightning strikes were recorded in India, which was a 34 per cent rise from the 13.8 million strikes between April 2019 and March 2020,” reads an analysis of a report prepared by the ministry of earth sciences, India Meteorological Department and Indian Institute of Tropical Meteorology (IITM), among other agencies.

The analysis was done by the Delhi-based environment think tank Center for Science and Environment.

The IMD report points out that the number of lightning strikes has doubled in Bengal during the period from April 2020 to March 2021, compared with the same period the year before.

“It’s a fact that the number of lightning strikes has increased in our state recently. Though many had succumbed to lightning attacks, the number is much less compared to many states despite Bengal receiving more lightning pulses,” said state disaster management minister Javed Ahmed Khan.

The IMD report says that 37 people were killed in the state, and 1,700 across the country, by lightning strikes between April 2020 and March 2021.

“Climate change, particularly warming, is contributing considerably to the rise of lightning strikes by enhancing heat and moisture, which are key components for lightning,” said Sunil D. Pawar, an expert in atmospheric electricity at the IITM.