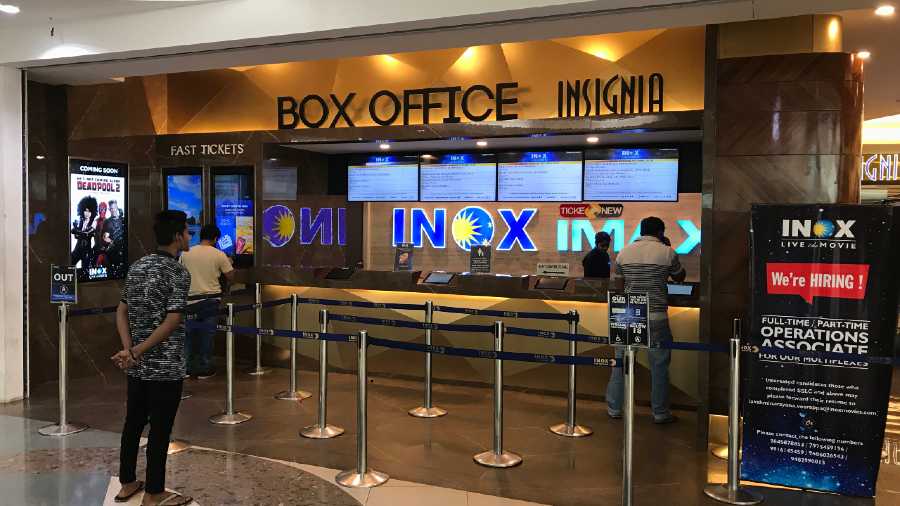 The film will be released in the facilities at Beleghata, Esplanade, Salt Lake, New Town facilities of the city and its neighbourhood
Shutterstock
Our Bureau, PTI   |   Calcutta   |   Published 04.08.21, 07:55 PM

A national multiplex chain on Wednesday announced that it will release a new Hollywood film in six of its facilities in and around Calcutta on August 6, when the theatres will open after three months abiding by all Covid-19 protocols.

Suicide Squad, the new Hollywood flick, will be screened in six auditoriums of the multiplex from this Friday, said Amitava Guha Thakurta, the regional head of the Inox multiplex chain.

He said that the film will be released in the facilities at Beleghata, Esplanade, Salt Lake, New Town facilities of the city and its neighbourhood, as well as in Liluah and Madhyamgram on August 6.

"Gradually we will open the rest of the 16 plexes after putting in place the Covid-19 protocols in totality," Guha Thakurta said.

The protocols included ensuring operation with 50 per cent of total seating arrangement, disinfecting the auditorium, ensuring a touchless ticketing system and wearing masks even inside the theatre.

A spokesperson of SVF Productions, which also operates several multiplexes, said their facilities will open on August 13.

Satadeep Saha, owner of Ajanta cinema in the city and a local multiplex chain, said, "We will open after ensuring everything is in order. We are hopeful about opening by August 13."

The owner of Basusree single screen, Sourabh Basu said the 1,000 capacity hall will open on August six with two shows.

"There will not be any evening or night shows. And the 1000 seating capacity will be halved with no two spectators sitting side by side," he added.

The Bengal government allowed the theatres to start screening movies following Covid protocols from July 31, three months after ordering them to shut down in view of the surging Covid-19 cases in the second wave of the pandemic.

However, none of the functional single screens, numbering around 40-50, and multiplexes in Calcutta opened on that day, an official of Eastern India Motion Pictures Association said.