The saffron party lost the Asansol Lok Sabha, a seat it had won in 2014 and in 2019, to the Trinamul Congress by a huge margin 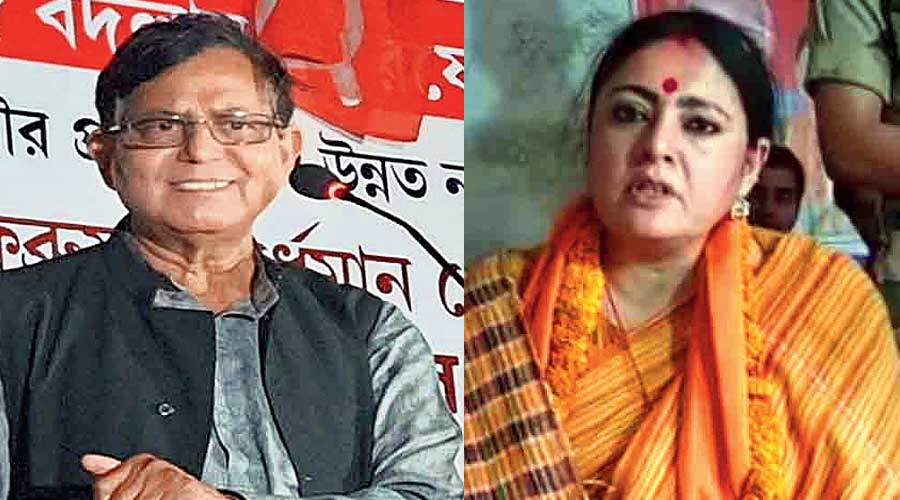 The results of the bypolls to Asansol parliamentary and Ballygunge Assembly constituencies evoked diametrically opposite reactions from the two main contenders of the Opposition space in the state.

While daggers were out against the party’s leadership in the BJP camp, the main party in Opposition in Bengal, the Left Front began celebrating after discovering a silver lining in Assembly bypoll in Ballygunge.

It came third — and lost its deposit — in Ballygunge by securing 13,220 votes.

Party MP Saumitra Khan lashed out at the leadership in a video message and said that the results revealed that a politically immature individual has been placed at the helm of affairs in the state.

“We should learn a lot from the Trinamul Congress. They know how to perform the politics of elections,” Khan said.

Though he didn’t name anyone, sources close to him said that he was targeting Amitava Chakraborty, the state general secretary (organisation) of the party.”The attitude must not be of a boss, but a leader,” Khan added.

The state BJP leadership, including the state unit chief Sukanta Majumdar and his predecessor Dilip Ghosh, blamed violence induced by the ruling Trinamul. However, Agnimitra Paul, the sitting MLA of Asansol South constituency, who was defeated by Trinamul’s Shatrughan Sinha in the Asansol Lok Sabha bypoll had a different take.

Paul refused to believe that the violence by Trinamul was the only reason behind her loss. “This (the results) should be considered as a stepping stone and we should immediately start working towards 2024 (general polls), not only in Asansol but everywhere. Trinamul is synonymous with terror, murder, rape and rigging. Thus we need to strengthen our organisation,” Paul told journalists.

Saira Shah Halim, the CPM candidate for Ballygunge got 30.06 per cent of polled votes, a big improvement of over 24 percentage points that the CPM received in 2021. Fuad Halim, the CPM’s 2021 candidate, was nominated by the Left-Congress-ISF alliance.

The Left Front has called a rally on Sunday to express gratitude to the people of Ballygunge. Fuad, who is Halim’s husband, said all secular people are invited to the rally.

CPM state secretary Md Salim also thanked the people of Ballygunge for having faith in the party’s candidate.

He said these results were proof of remarkable recovery by the party in a single year.

He was referring to the results of the seven bypolls and all the civic polls held since the 2021 Assembly elections. In four bypolls and many civic bodies, the Left finished as the runner up. The Left also won one civic body.

However, a section within the party opted to wait and watch before celebrating.

"We still need to wait and watch. It is clear that BJP's erosion is continuous. But whether the votes deserting BJP are coming to us, still needs to be judged," the CPM leader added.

He pointed out that in Asansol the CPM candidate, Partha Mukherjee, has lost his deposit and finished third with 7.8% vote only. There has also not been any remarkable increase in the percentage of votes received by the Left Front in comparison to 2019 or 2021 polls.

Bengal on Saturday reported 13 new Covid-19 infections, 34 recoveries and no death. At present, there are 328 active cases in the state: 301 in home isolation and 27 in hospitals, according to the state bulletin.