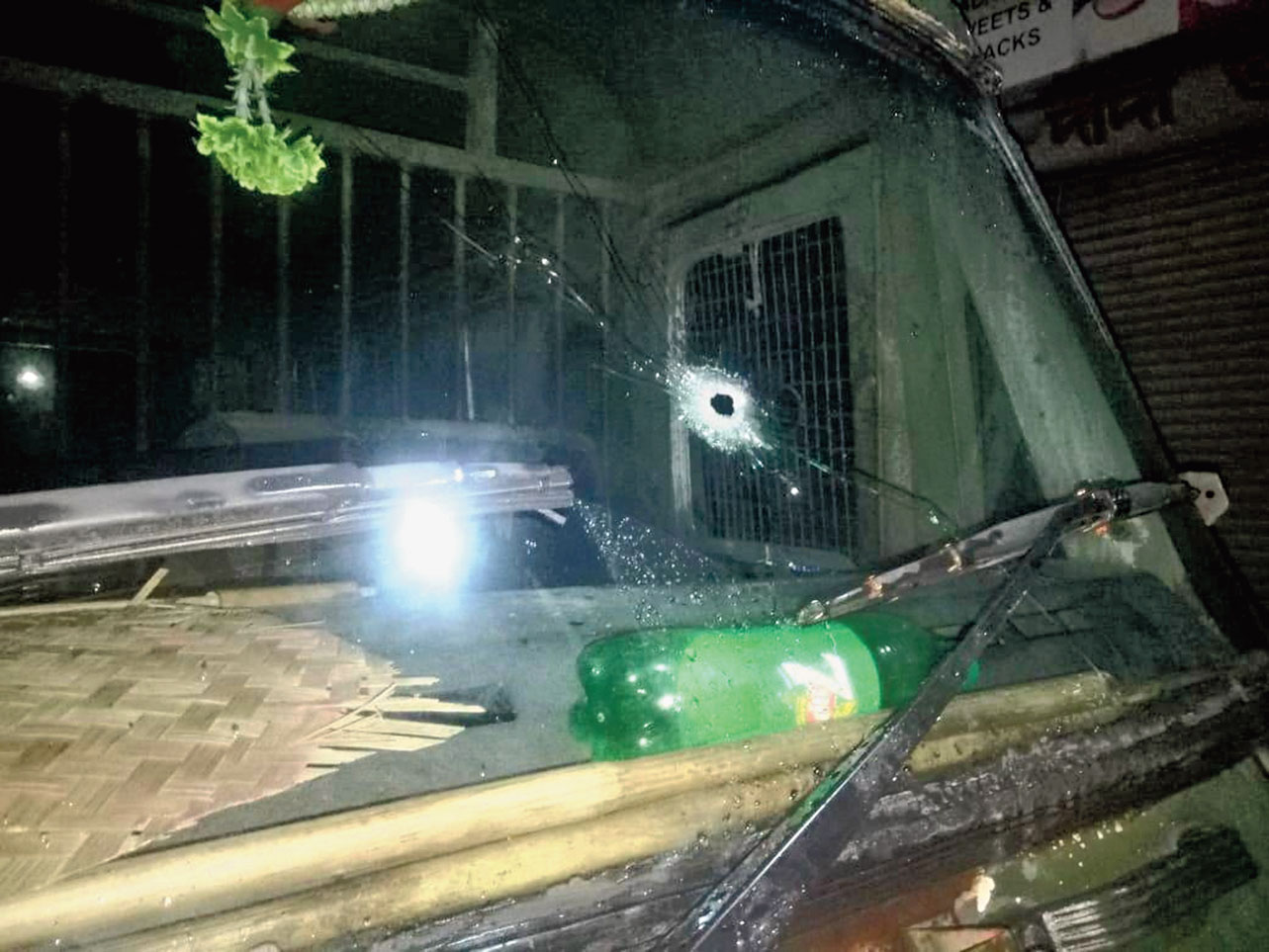 Suspected BJP supporters fired at a police vehicle on Saturday night in Cooch Behar, the first such attack on law-enforcers in the area rocked by clashes among activists of the party and those of Trinamul.

One of the bullets hit the windscreen of the vehicle but the police personnel in the SUV escaped unhurt. The incident occurred around 10.30pm near Bhetaguri, a locality on the outskirts of Cooch Behar town.

Sanjoy Roy, a booth committee president of the BJP in the area, and Ananda Chanda, a party worker, were arrested on Sunday in connection with the attack, police said.

“Two persons have been arrested so far. We are investigating the case and searching for some others involved in the attack,” said Santosh Nimbalkar, the Cooch Behar police chief.

The arrests followed additional deployment of forces and raids that began following the attack.

Nisith Pramanik, the local BJP MP, claimed Trinamul had “orchestrated” the attack on the police vehicle.

Pramanik, who is away in Delhi, said: “For the past few days, Trinamul has been trying to foment tension in Bhetaguri. On Saturday night, Trinamul cadres had been lobbing bombs at the houses of our party workers. When they informed the police and the personnel reached the spot, Trinamul miscreants fired at the police. The police are trying to implicate our workers in false cases.”

Trinamul MLA Udayan Guha alleged Pramanik was instigating attacks. “We suspect the attacks are being organised at the instigation of the MP. He had said Trinamul would be wiped out from Cooch Behar,” said Guha.