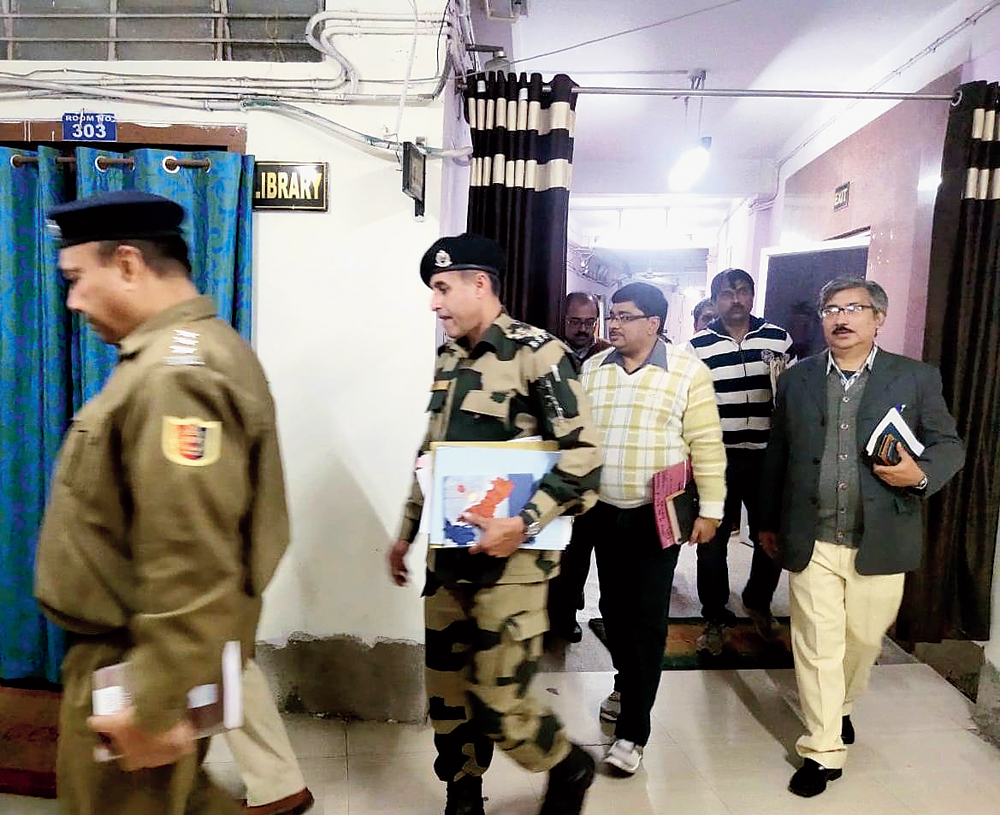 The The BSF has agreed to remove a drop-gate at the entrance to the Milik-Sultanpur village in Malda after The Telegraph reported last month how the check-post turned into a dividing line between freedom of movement and a “detention centre” for the residents.

Sources said the decision was taken at a meeting convened by the district magistrate here on Wednesday evening. Senior officials of district civil and police administrations and the BSF were present.

The BSF declined comments on the outcome of the meeting but the sources said the BSF would continue to frisk the villagers as and when it felt so as the locality along the Bangladesh boundary reported a number of smuggling cases.

“The BSF has been asked to withdraw the drop gate from the entrance to the village immediately. They may use the acquired land along the river at the end of the village for the time being,” a source privy to the confabulations at the meeting said.

“The meeting was held in a positive environment. The problem is likely to be over shortly,” Mitra said.

Rabiul Sheikh, Sarawati Mandal and others who represented the residents of Milik-Sultanpur said they had narrated their problems before the officials.

“We told the officials that we were not allowed to go home on bicycles or two-wheelers and even the purchase of essential commodities required the BSF personnel’s permission,” Sheikh said.

Milik Sultanpur is a dusty village with 1,500-odd residents, all Muslims.

“There is a check-post outside our village, where BSF jawans are stationed. If we want to buy anything, we have to tell them before leaving

the village and they note down the items in the notebook. On our return, they allow us to carry only those items that had been listed in the notebook,” Ali Hossain, a driver, had told The Telegraph in January.

Told about the BSF’s readiness to remove the check-post, the villagers said they were happy but wanted the decisions taken at the meeting in writing.

After the publication of the report, former MP and CPM politburo member Mohammed Salim visited the village on January 28. The state human rights commission also sought a report from the district police on the “detention centre”.

The BSF officers told the meeting on Wednesday that narcotics and other contraband items would be smuggled into India after hiding them in tyres and tubes. “So, it has been agreed that the BSF will check the two-wheelers and other commodities carried by the villagers if they have any intelligence input,” an official said.