This led to traffic chaos around Garden Reach and Metiabruz 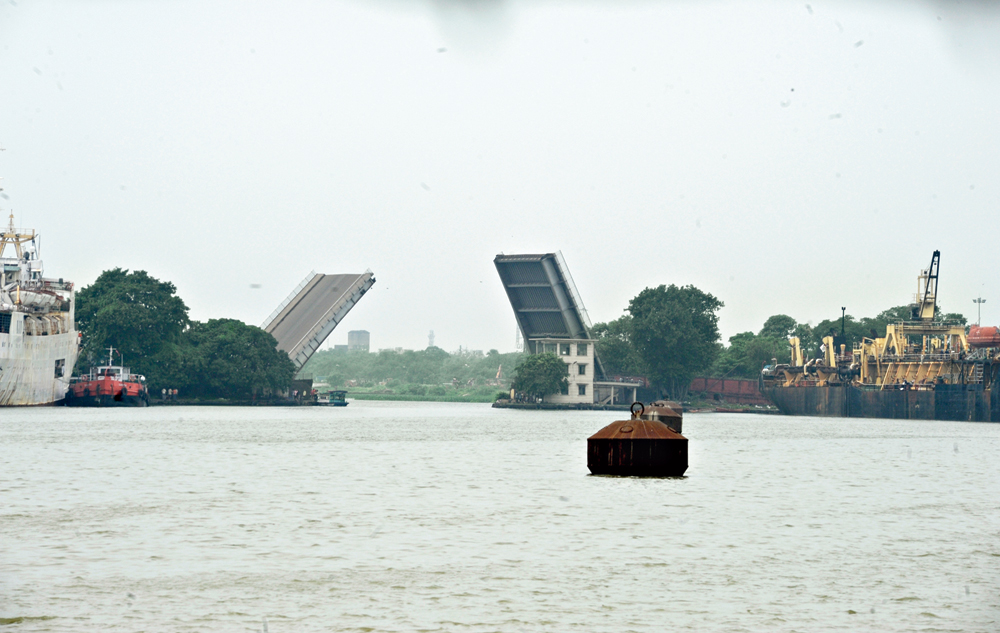 Hundreds of trucks and trawlers couldn’t move out of the port area on Tuesday after the bascule bridge in Kidderpore developed a snag, leading to traffic chaos around Garden Reach and Metiabruz.

The bridge refused to close properly after it opened for the first time in the day around 9am. The bascule bridge on Hooghly splits into two and folds upwards to allow ships to pass under it with its arms pointing skyward. Once a ship is ready, the bridge opens up and the vessel travels to the other side.

The roads around the bascule bridge have remained congested since the collapse of the Majerhat bridge on September 4 last year. With the bascule bridge remaining out of reach for vehicles till late on Tuesday, commuters trying to cross over from Garden Reach, Metiaburuz and Rajabagan to Kidderpore had a harrowing experience.

Officials of the Calcutta Port Trust said the bridge had developed a snag and engineers were working to fix it. “There are four locks and one of them is not working properly. Our engineers are working on it. It’s a slightly complex mechanism,” port trust chairman Vinit Kumar told Metro.

Sources in Calcutta police said the two halves of the bridge had opened at 9am to make way for a ship. They closed an hour later.

The usual norm is that vehicles are allowed to ply on the bridge after port trust officials inform the police that the bridge has been closed and is fit to carry vehicles.

On Tuesday morning though, the officers learnt that one of the four locks had not closed properly. This meant that even though the two halves had closed, the bridge was not fit to carry vehicles.

“The engineers told us there is some problem with the bearing of the fourth lock and hence the bridge couldn’t be locked. We asked them to allow lighter vehicles over the bridge but they refused,” said a police officer overseeing the movement of vehicles around Garden Reach and Kidderpore.

“We had to restrict movement of trucks leaving the port. If heavy vehicles were allowed to ply, traffic would have choked in and around the port area,” said an officer. “We are still not sure if things would look up on Wednesday.”