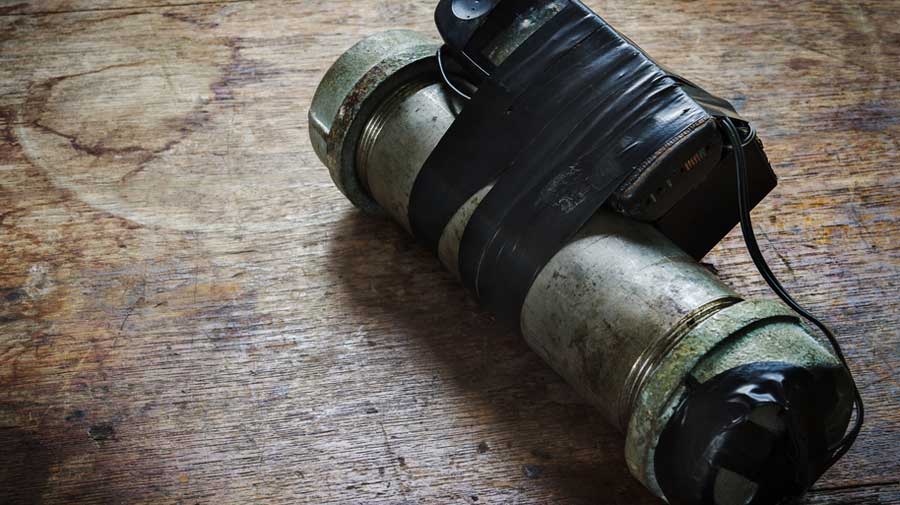 Residents of Champanagari village in Dubrajpur block alleged that crude bombs stocked at the two-room building by criminals had exploded.
Shutterstock
Snehamoy Chakraborty   |   Suri   |   Published 22.10.20, 02:37 AM

An explosion ripped through a one-storey homeopathic clinic run by the Hetampur gram panchayat in Birbhum district early on Wednesday.

Residents of Champanagari village in Dubrajpur block alleged that crude bombs stocked at the two-room building by criminals had exploded.

Police, however, suspect the explosion was triggered by a leak from an LPG cylinder kept in one of the rooms of the free health centre. The room was used by the villagers to store utensils and gas cylinders for public events.

Two concrete walls of the building collapsed in the blast.

“Criminals had stacked the room with crude bombs that went off. It was a close shave for villagers as it had happened in the early hours,” said a villager.

Sources said the Hetampur gram panchayat had constructed the clinic on land donated by a few villagers.

“The explosion happened in the room attached to the free health centre. The police are investigating the matter and will take action according to law,” said Mohammed Jasimuddin, the chief of the  panchayat.

The intensity of the explosion was such that a heavy iron door got detached.

Birbhum police chief Shyam Singh visited the site of the blast. “Primarily, it seems LPG cylinders stored there triggered the explosion. However, we have asked a forensic team to ascertain whether explosives had been stocked there,” said Singh.

Several clashes between factions of the Trinamul Congress had been reported from various corners of Dubrajpur and its adjoining areas in the past few months. In most  clashes, crude bombs were used.

A section of Trinamul insiders said the tradition to store crude bombs at government buildings was not new in Bubrajpur.

In 2016, an ICDS centre was rocked in a powerful explosion. Even then, it was suspected that crude bombs stacked at the centre had led to the explosion.

“Crude bombs have become an integral part of the political clash. We have seized thousands of bombs in several police station areas of the district. However, the practice remains unchanged,” said a police officer.