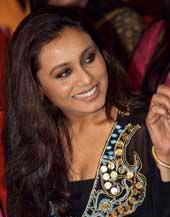 The eighth edition of the Anandalok Purashkar on Tuesday evening saw a packed Science City auditorium clapping and cheering the hordes of cine-stars who came together to celebrate the best of both Bengali and Hindi cinema. Rani Mukherjee was the showstopper of the evening as she bagged the Best Actress award in the Bollywood segment. While Isha Sharvani?s Ganesh vandana kickstarted the event and Sonu Nigam?s power-packed song medley ended the show, Shreya Ghoshal?s chartbusters were a hit. Babul Supriyo was the host for the evening. Pictures by Rashbehari das and Aranya sen