The BJP has made no mention of the statehood in its manifesto, but promised a 'permanent political solution' in the hills 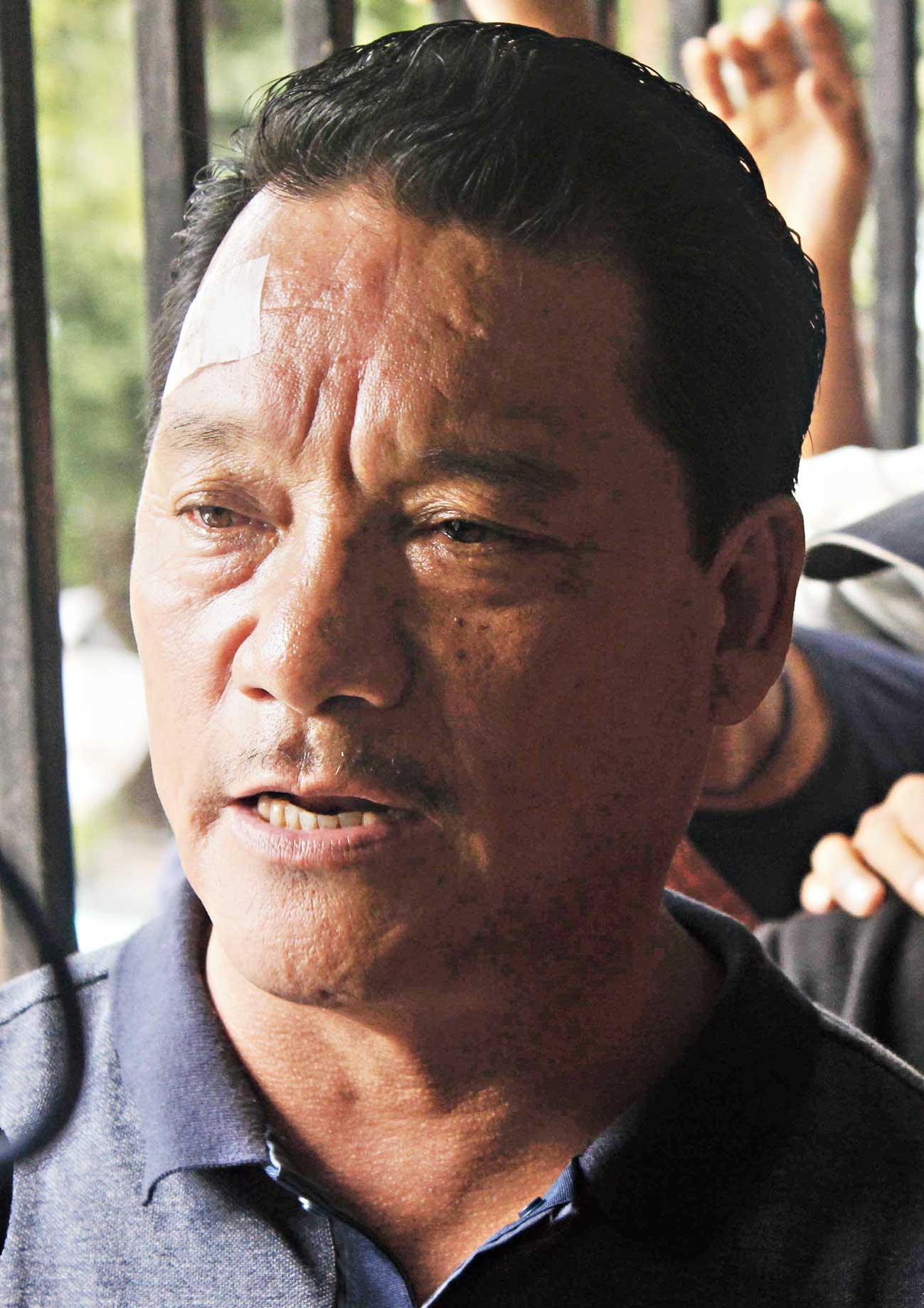 “Gorkhaland tops our agenda and I will keep fighting for it till the end. But the central government needs to focus on the overall development of the country first. Everything else is secondary. We are hoping that it (BJP) will look into the Gorkhaland issue in the next term,” Bimal Gurung said.
Telegraph picture
PTI   |   Calcutta   |   Published 14.04.19, 07:15 PM

Gorkha Janamukti Morcha leader Bimal Gurung, on the run since the 2017 agitation in the Darjeeling hills, has claimed the BJP leadership gave him assurances that it would look into his statehood demand if it returned to power at the Centre.

Statehood is a dream for every Gorkha living in the hills, he said, adding the saffron party’s pitch for a permanent political solution was also “very encouraging”.

The BJP, which is eyeing a third straight term in Darjeeling, has made no mention of the statehood in its manifesto, but promised a “permanent political solution” in the hills and Scheduled Tribe tags for 11 Gorka communities.

“We have sent a memorandum to the BJP, demanding Gorkhaland. They (BJP) have assured us that they will look into it. We are happy that their (BJP’s) manifesto speaks about bringing a permanent solution to the region,” Gurung told PTI over the phone.

Lauding Prime Minister Narendra Modi and BJP president Amit Shah for “being sympathetic towards the problems of the Hills”, he alleged that Bengal chief minister Mamata Banerjee, on the other hand, had been pursuing “vote-bank politics” to gain her party’s foothold in the region.

“She (Banerjee) has never addressed the real issues here. She is not interested in developing the region,” he claimed, demanding that the Trinmul Congress supremo present a white paper on her welfare initiative in the hills.

Asked what he thought about the BJP not taking any measure in the past five years to create Gorkhaland, the Morcha leader was quick to defend the saffron party, claiming the “the Narendra Modi government’s priority was to improve the living standards of people”.

“Gorkhaland tops our agenda and I will keep fighting for it till the end. But the central government needs to focus on the overall development of the country first. Everything else is secondary. We are hoping that it (BJP) will look into the Gorkhaland issue in the next term,” Gurung said.

Seeking to refute Opposition’s allegation that the sitting BJP MP of Darjeeling, S.S. Ahluwalia, had done little to develop the hills, Gurung claimed the parliamentarian had been trying to work “honestly and sincerely” in the region, but the Trinamul government thwarted his initiatives.

“He (Ahluwalia) had tried to initiate several projects in the region, but the local administration and the state government did not cooperate with him. This is why utilisation certificates were not issued,” Gurung said.

According to records, Ahluwalia has utilized 56.30 per cent of the allotted MPLAD funds.

People have not forgotten the atrocities committed by Trinamul during the 104-day-long agitation over statehood demand in 2017, Gurung claimed.

“The voters in the hills are with Modiji. This time, we have urged them to vote against every bullet fired by Trinamul during the Gorkhaland agitation. This election is a fight for restoration of democracy,” he asserted.

Gurung, then Morcha supremo, had gone into hiding after the June 2017 clashes in Darjeeling. The agitation also led to a split in the Morcha, with Binay Tamang, his deputy, emerging as the leader of one of the factions.

“Our boys along with cadres of the Gorkha National Liberation Front and other hill parties are reaching out to the masses to garner support for BJP candidate Raju Bista. I can assure you this time we will win by a bigger margin. Winning this election will take us a step closer to realising our dreams,” he said.

For the first time in about three decades, Gorkhaland is not one of the poll issues in Darjeeling as parties, including the Morcha and the GNLF, have sought development and democracy in the region.