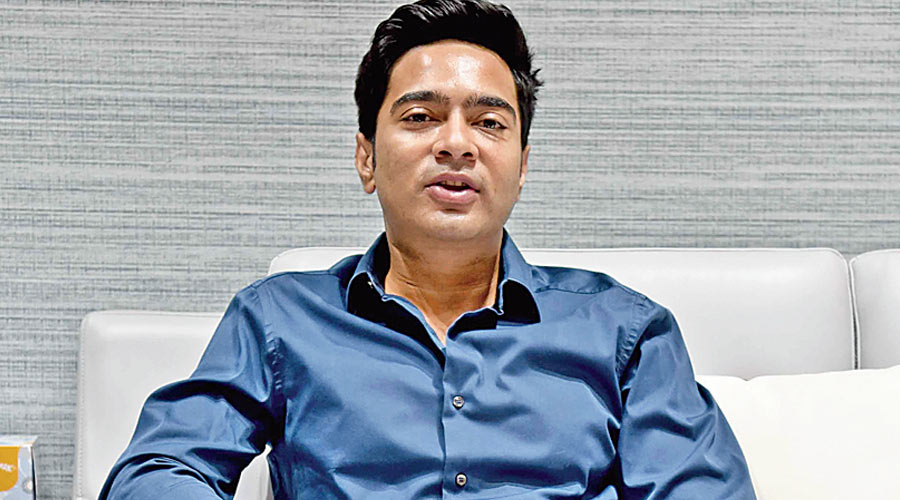 TMC national general secretary Abhishek Banerjee on Saturday slammed the BJP for "thrusting by-election" on two of the four assembly seats in the state that will go to polls on October 30.

Addressing a rally at Gosaba in South 24 Parganas, Banerjee pointed out that bypoll was necessitated here and in Khardah following the death of two TMC candidates, but the circumstances under which elections are being held in Shantipur and Dinhata are different.

"Winning BJP candidates Jagannath Sarkar and Nisith Pramanik resigned as MLAs even after being elected by people. They dishonoured the verdict of people to retain parliamentary berths. The BJP is seeking votes again in those two seats. They will be rejected by people," he claimed.

The senior TMC leader also asserted that his party will make a "4-0 sweep" in the by-elections.

Taking a dig at Amit Shah, he said, "The former BJP national president and the current home minister had promised to dole out Rs 2 lakh crore for the development of Sunderbans and carve out a separate district during his campaigns for assembly polls some months ago.

"They are still holding power in Delhi but you won't hear about any follow-up initiatives from them."

The Diamond Harbour MP further noted that Chief Minister Mamata Banerjee, in contrast, "kept her promises and rolled out schemes such as Lakshmir Bhandar".