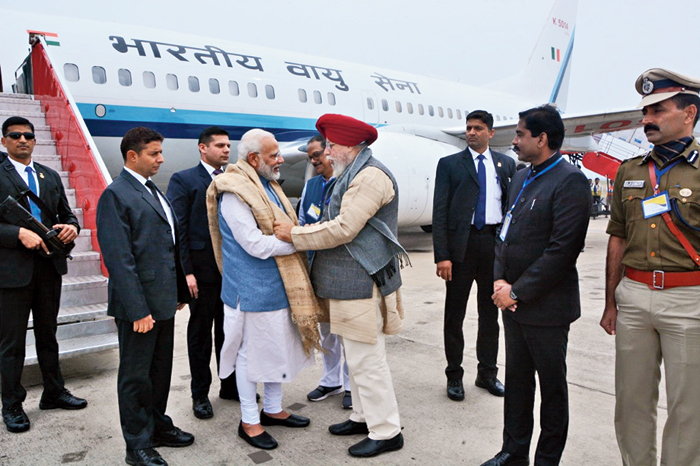 Party sources said a state BJP delegation had given to Modi the booklet during his stopover at Andal greenfield airport in West Burdwan, en route to Jharkhand for an election rally.

“We handed over a pictorial (booklet) to Modiji on the violence that is going on in the state and hampering the daily life of common people,” said state BJP vice-president Biswapriya Roychowdhury.

“We also told him about the complete breakdown of law and order, following which Modiji assured us of looking at the booklet on his way back to Delhi,” added Roychowdhury, who along with Burdwan-Durgapur MP S.S. Ahluwalia, led the delegation.

Roychowdhury alleged that while the situation in Assam and Tripura was brought under control by the respective state governments, protesters in Bengal were being instigated by chief minister Mamata Banerjee’s public rallies from Monday.

“The pictures and videos say everything,” Roychowdhury said.

Roychowdhury had met Modi at the airport on Sunday also during a similar stopover and had briefed the Prime Minister on the vandalism.