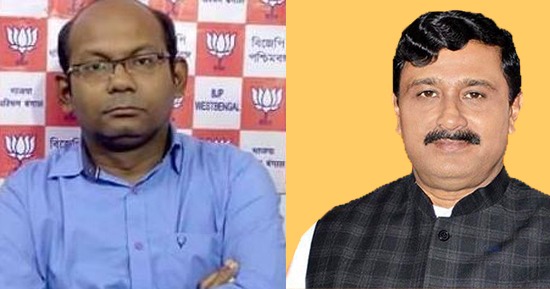 The BJP has brought the contentious Citizenship Amendment Act back in the discourse in a desperate attempt to attack the Bengal government which is focusing on fight against Covid-19 and relief and rehabilitation of crores of people affected by Cyclone Amphan.

On Wednesday, the BJP released a nine-point chargesheet against the Mamata Banerjee government on the occasion of its completion of nine years in power in the state.

“Who said that the CAA has resurfaced in the political books of the BJP? It was always there,” said Sayantan Basu, a state BJP general secretary who was in charge of preparing the chargesheet when asked what had prompted the party to talk about the citizenship tripod in this hour of crisis.

“We condemn how the Trinamul Congress has been opposing it,” added Basu.

State BJP president Dilip Ghosh released the chargesheet that included the BJP’s assessment on the state government’s performance in handling Covid-19 pandemic, Cyclone Amphan, public distribution system and education. But special thrust has been on the citizenship tripod by accusing Mamata of playing vote-bank politics.

“On one hand, Mamata Banerjee has allowed illegal immigrants, including Rohingya Muslims into the state, on the other, her police has arrested a Hindu youth for chanting Jai Shree Ram,” the document reads.

Sources in the BJP said bringing up the citizenship issue was part of a larger agenda of embarrassing Mamata in the time of crisis by creating a narrative that she had engaged in Muslim appeasement for vote-bank politics.

BJP insiders think weaving in the citizenship issue with “apparent failures” of the government will give the party a headstart for next year’s Assembly polls.

A political observer said bringing up the divisive agenda in this hour of crisis was “unfair”. “The pandemic or the cyclone didn’t choose the victims in terms of religion… People of all faiths irrespective of their social status are dying. Pursuing a divisive agenda around this time is both unfair and unfortunate,” said the observer.