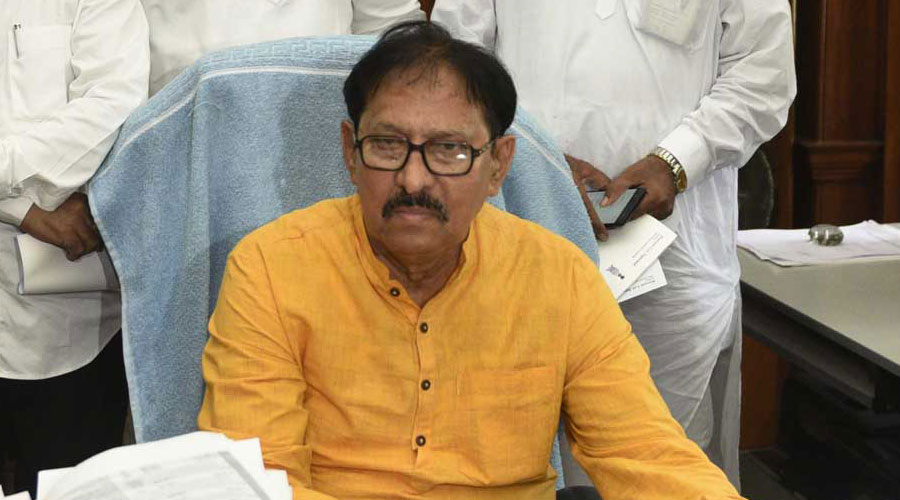 Bengal Speaker Biman Banerjee on Wednesday hit out at central investigating agencies for allegedly bypassing the Assembly to take steps against its members and governor Jagdeep Dhankhar for his “interference”.

“It is mandatory to seek permission from the Lok Sabha Speaker if one has to take action against the members of the Lower House. The same is true for the Assembly. But in the latter’s case permission is being sought from somewhere else. This is against the dignity of the Assembly,” he said at the national meet of Speakers held virtually, his statement coming at a time the ED and the CBI have been targeting various elected Trinamul lawmakers.

On governor Dhankhar, the Speaker said: “Many members of the House are meeting the governor... The governor is listening to their complaints and interfering in the nitty-gritty of the House.”

Other Trinamul leaders, including MP and national general secretary Abhishek Banerjee and state ministers Partha Chatterjee and Moloy Ghatak, have also been summoned by the two agencies. While Abhishek has met the ED officials in Delhi once and has been called again, Ghatak has asked the agency for another date. The two had been summoned in connection with the coal theft case. Chatterjee has been interrogated in his Calcutta office by the CBI in connection with the ICore deposit collection case.

Speaker Banerjee on Wednesday also said that matters of the Assembly are being dragged to the court, which in turn is accepting the cases. “This isn’t right for democracy, the parliamentary system is in danger…”

Though he didn’t name anyone, it was clear that he hinted at the BJP moving court over the cancellation of Mukul Roy’s Assembly membership. The saffron camp wants the Speaker to implement the anti-defection law against Roy. But while the Speaker was still hearing the petition filed by Adhikari, the BJP moved court.

Dhankhar accused the Speaker of a “factually and constitutionally untenable premise”.

Banerjee on Monday had summoned two high-level officers, Rathin Biswas of the ED and Satyendra Singh of the CBI, to his office on September 22 for allegedly violating the Assembly's norms.